This post is part of a virtual book tour organized by Goddess Fish Promotions. Rachel L. Demeter will be awarding a Momentum bundle of 3 romance titles chosen by the winner to a randomly drawn winner via rafflecopter during the tour. Click on the tour banner to see the other stops on the tour. 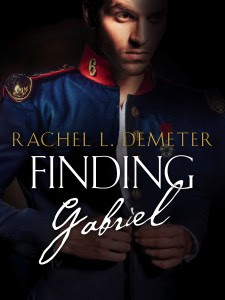 After a decade of bloodstained battlegrounds while fighting in Napoleon's army, Gabriel returns to the streets of Paris a shattered and haunted soul. Plagued by inner demons, he swallows the barrel of his flintlock pistol and pulls the trigger.

But fate has a different plan.

Ariah Larochelle is a survivor. Orphaned at twelve and victim to a devastating crime, she has learned to keep her back to walls and to trust no one. But when she finds a gravely injured soldier washed up on the River Seine, she's moved by compassion. In spite of her reservations, she rescues him from the icy water and brings him into her home.

Now scarred inside and out, Gabriel discovers a kindred spirit in Ariah – and feelings he imagined lost forever reawaken as he observes her strength in the face of adversity. But when Ariah's own lethal secrets unfold, their new love is threatened by ancient ghosts. Can Gabriel and Ariah find hope in the wreckage of their pasts – or will the cycle of history repeat again?

Perfect for fans of Gaelen Foley's Lord of Ice and Judith James's Broken Wing, Finding Gabriel features all the dark romance, searing passion, and historical intrigue of The Phantom of the Opera and Les Misérables.

“Look at me. Look at what you have saved.”

Gabriel released Ariah’s chin and tore away the bandage in a harsh movement. As his eyes bore into her own, pale moonlight fell upon the deformity, illuminating the twisted flesh and grotesque welts. The sight reminded her of a beautiful chateau . . . a stunning fortress situated along the coastline . . . one that had fallen into ruin and neglect. The skin was concave, destroyed, cavernous – a remnant of former glory. And the surrounding features – his burning eyes, the right side of his face, his powerful body – dwarfed the disfigurement with a striking beauty.

“Look at the monster you have created. Look upon my face, Ariah.”

She shivered at the sound of her name; slightly muffled from the injury to his mouth, it slid from his tongue with equal parts venom and hunger.

“I was supposed to die that night . . .” The last of his words ended in a choked whisper. His face fell forward in despair until his forehead was pressed against her own. He was impossibly close. And he appeared every gram a flesh-and-blood warrior – coarse and ruthlessly untamed. Sweltering heat radiated from his body and engulfed all five of her senses. She was suffocating. Visions of that long-ago night echoed in her mind until she could perceive nothing else. Ariah gave a shallow cry as she struggled to free herself once more.

Her movements ceased. The words struck a chord deep inside her chest. She connected her gaze with his and was rendered speechless by the naked anguish in his stare. Regret and desire were etched in every line of his face – but what stole her breath was something entirely different. For the second time, it was neither anger nor resentment that radiated from his eyes, but a longing so intense that it nearly overwhelmed her: hope. 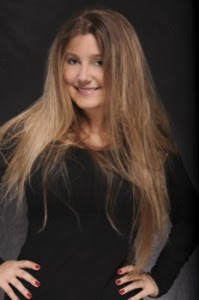 Rachel L. Demeter lives in the beautiful hills of Anaheim, California with Teddy, her goofy lowland sheepdog, and her high school sweetheart of eleven years. She enjoys writing dark, poignant romances that challenge the reader's emotions and explore the redeeming power of love.  Imagining dynamic worlds and characters has been Rachel's passion for longer than she can remember. Before learning how to read or write, she would dictate stories while her mother would record them for her. She holds a special affinity for the tortured hero and unconventional romances. Whether crafting the protagonist or antagonist, she ensures every character is given a soul.  Rachel endeavors to defy conventions by blending elements of romance, suspense, and horror. Some themes her stories never stray too far from: forbidden romance, soul mates, the power of love to redeem, mend all wounds, and triumph over darkness.  Her dream is to move readers and leave an emotional impact through her words.  Don't be a stranger! Rachel loves to connect and interact with her readers.

Buy the book at Momentum or Amazon.