Straight Browsing from the Library: The Sound of Circumstance by Susan Ann Wall

This post is part of a virtual book tour organized by Goddess Fish Promotions. Susan will be awarding a $15 Amazon or B/N GC to a randomly drawn winner via rafflecopter during the tour. Click on the tour banner to see the other stops on the tour.

Stacie Nightingale doesn’t what the 2.5 million dollars of blood money she’s been awarded as a result of the lawsuit she filed. She also doesn’t want the memories that are flooding her mind, causing her to remember the betrayal that led to her friend’s death and left Stacie with a traumatic brain injury. Neither of those circumstances matter though once her boyfriend Owen Landry proposes to her. She doesn’t want his proposal because of the circumstances that drove him to it. The mysterious woman he seems to be keeping company only fuels her insecurity and doubt. Stacie loves Owen, but with her past continuing to haunt her, she questions if their love is strong enough to survive.


“Stace, there's some stuff I need to tell you.” The dread in her brother’s voice made Stacie Nightingale’s heart drop into her stomach. “Stuff about Greg. He just got fired from the school for sleeping with a student. Other girls are coming forward. Allegedly, this has been going on for years.”

Her phone bounced off the floor and disappeared under the couch as the nausea she’d been battling all day returned, a vengeful stab that made Stacie dizzy with fury.

Taking a deep breath, she attempted to get her stomach and breathing under control. On the exhale, she closed her eyes and imagined herself on the ferry, taking in the sea air on a sunny day.

Keith’s voice bellowed in the distance, calling her name and asking if she was okay, but Stacie tried to focus on her breathing.

Once it finally settled, she opened her eyes. Though her stomach still threatened to unleash lunch, she couldn’t keep ignoring her brother.

Dropping onto her hands and knees, Stacie searched for the stupid phone, hearing her brother continue to call her name and ask if she was there.

There was no way Keith could have just said what she heard. Maybe he was messing with her. Except Keith was the nicest guy in the world. He never messed with his sisters.

“The phone slipped out of my hand,” she yelled. Her hand swept across it, causing it to spin. When she finally managed to get a hold of it, she brought it back to her ear with ice cold, slippery hands. 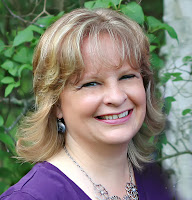 Big dreamer and certifiable overachiever Susan Ann Wall embraces life at full speed and volume. She’s a beer and tea snob, can be bribed with dark chocolate, and the #1 thing on her bucket list is to be the center of a Bon Jovi flash mob.

Susan is a nationally bestselling, multi-genre author of racy, rule-breaking romance and women’s fiction. Her bragging rights include nine books in three different series, three perfect children, adopting an amazing rescue dog, and a happily ever after that started while serving in the U.S. Army and has spanned nearly two decades (which is crazy since she’s not a day over 29).

In her next life, Susan plans to be a 5 foot 10, size 8 rock star married to a chiropractor and will not be terrified of large bridges, spiders, or quiet people (shiver).
br>


Buy the book at Barnes and Noble or Amazon.