Straight Browsing from the Library: Behind Closed Doors by Rachael Reilly

This post is part of a virtual book tour organized by Goddess Fish Promotions. Rachael Reilly will be awarding a $10 Amazon or B/N GC to a randomly drawn winner via rafflecopter during the tour. Click on the tour banner to see the other stops on the tour. 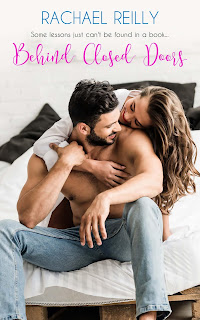 “I hate surprises.” Julia sighed, the sound drowning out the beer commercial on the car radio.

“No one hates surprises, blue eyes. People say they hate them because they’re control freaks, but no one does.” Clay glanced around before switching lanes on the busy street, moving to the right side. “You’re just going to have to be patient for a few more minutes. But how about this? If we get there and you don’t want to get out of the car, I will turn around and leave. No questions asked.”

“And we can get lunch somewhere?” She patted her stomach as it growled.

“For sure. I don’t want to starve you. You’ll need energy for my plans later anyway.”

“Maybe we should just go back to my house, then? See what we get into there?”

He just chuckled again and shook his head before turning his SUV into the entryway to one of Nashville’s larger parks. His hair fell across his eye again, as it was wont to do.

She reached across to brush the lock off his face before running her fingertips through his facial hair. Keeping her hands off him was difficult. “Are we playing Frisbee in the park? Or going to the museum nearby?”

“Nope and nope.” He tapped his nose, his long, slender fingers distracting her. “But I think if you look at the sign ahead, you might see the plan for now.” A plastic, rectangular sign blew in the fall breeze, Literary Fall Festival emblazoned on it in dark letters.

She squealed and moved forward in her seat. “Literary festival? What? Yes!”

“That’s how you surprise the librarian.” He whooped as he parked his SUV before jogging around to open her door. “Smell that? Popcorn.” He motioned to the food trucks up ahead. “Plus there are new and used books for sale, author signings by the museum, and lectures from people in the biz.”

“I believe you heard me. But you said you want to be a published author. Maybe this will help.”

She was so surprised she stopped walking. “Clay, you’re just...amazing.”

How had she gotten so lucky? He’d turned her life upside down overnight, but she loved that he had. 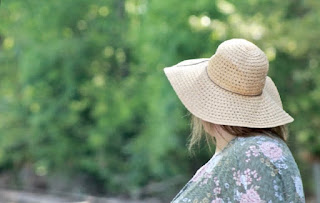 Rachael Reilly is a steamy romance writer living right outside Nashville, Tennessee. She also previously worked as a freelance writer for smaller magazine publications. When not writing things that make her blush, Rachael can be found people watching, reading most anything she can get her hands on, or searching for her own Prince Charming through online dating. These activities are almost always accompanied by a glass of lemonade or cheap wine.