Straight Browsing from the Library: The Summer Diary by Elyse Douglas

This post is part of a virtual book tour organized by Goddess Fish Promotions. Elyse Douglas will be awarding a $50 Amazon/BN GC to a randomly drawn winner via rafflecopter during the tour. Click on the tour banner to see the other stops on the tour.

After her best friend and husband are killed in an airplane crash, a young woman finds her best friend’s diary and learns that she was secretly in love with another man, a soldier. Determined to find the secret lover, Keri sets off on a journey and discovers the key to her destiny.

Keri stopped, hovering on the edge of an absurd thought. Should she try to find Ryan? The thought gave her a sudden electric thrill. She stared down into the sand, seeing the eroded ruins of an old sandcastle that had been punished by the hostile tide.

“Ryan,” she said aloud, the sound instantly swallowed up by the beat of waves striking the beach.

And how could she possibly ever locate Ryan without a last name? Sophia had never once mentioned it.

In an instant, Keri knew the decision had already been made: She had to find a way to track down and speak to this man. She whirled and marched back across the beach to where she’d left her chair and the diary. There had to be clues in the diary—had to be phrases that could help her find Ryan. At the very least, she could discover what had happened to him. 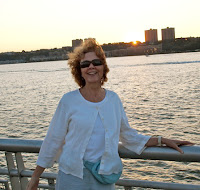 Elyse Douglas is the pen name for the married writing team Elyse Parmentier and Douglas Pennington. Elyse grew up near the sea, roaming the beaches, reading and writing stories and poetry, receiving a Degree in English Literature. She has enjoyed careers as an English teacher, an actress and a speech-language pathologist. She and her husband, Douglas Pennington, have completed five novels: The Other Side of Summer, Christmas for Juliet, Wanting Rita, Christmas Ever After, The Christmas Town and The Christmas Diary.

Douglas grew up in a family where music and astrology were second and third languages. He attended the Cincinnati College Conservatory of Music and played the piano professionally for many years. His two detective books include Death is Lookin' for ELVIS and Death is a TAPDANCER. His great, great grandfather lived to be 132 years old, and was the oldest man in the world when he died in 1928.