Straight Chatting from the Library: Hidden by Amy McKinley

Reading is a happy addiction but I have to be careful when I pick up a book because I’ll become selectively oblivious with my responsibilities. Before we went on our last vacation my TBR list had grown and I was happily gearing up to hours of beach reads. By the time our vacation was over I had read all of them. It was heaven.

Even growing up I loved to read, despite a very active childhood. There would be moments of down time and I’d take full advantage. Putting that book down was always the difficult part. My favorite then, and now, has always been when a character comes alive and pulls you into their world. Writing was equally enjoyable. I was thrilled if any of my classes assigned papers, from research to personal narratives. But did I see myself as a writer when I grew up? Not really.

It wasn’t until much later that an opportunity presented itself. A friend asked if I wanted to write a couple of hours a month for an advertising and marketing company. It was too tempting for me to pass up. Perfect really. I went on the interview and after I started working there, the urge to write fiction couldn’t be ignored.

I joined a couple of writing and critique groups and five years later here I am! It can be a long and sometimes discouraging road, but if it’s what you want do not give up on your dreams. Is it difficult to write sometimes? Yes, absolutely. There are times I agonize over a chapter. And then others when the words flow like water and it’s magical. Regardless, I love it. Every day I wake up and am happy with my career. It’s definitely worth it to follow your dreams and never give up. 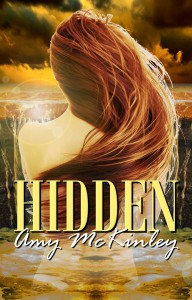 Cursed since birth, hunted by gods, and desperate for love—Jade never stood a chance.

Half-demon, half-goddess, Jade’s fate makes her a pawn in an epic battle among the gods. Hidden on Earth with her sisters, she successfully avoids the Oneiroi—the dream gods—bent on her destruction until the prophecy, long dormant, awakens a dark shadow within her.

Roen, a reclusive Worr demon known for his battles against the Oneiroi, is called to protect Jade. Together they must unlock their mysterious connection and find a way to beat back destiny. Can she outsmart the prophecy, change her fate, and find love—even when she learns who is connected to her destruction?

Hades kissed his wife, Persephone, one last time before reluctantly relinquishing her above ground, where her mother impatiently waited.

He was loathe to shave too often as the rough stubble against her skin excited her. “Six months is ridiculously long,” he murmured against her lush lips. “Find a way to meet me at the meadow.”

Mischief danced in her eyes as she stepped onto the boat which would ferry her along the River Styx, leading her out of the Underworld. “It’s a date,” she purred, blowing her husband a sultry kiss.

That woman slays me. He watched until she was out of sight. Once his bride was gone, his attention returned to his beloved Underworld and the current state it was in.

Hades leapt onto his chariot. A resounding crack split the air as he commanded his four black horses to lead him past boiling lava pits and stalagmites to the deepest, fiery pits of the abyss—Tartarus.

Creatures scampered out of his way. Fallen angels and demons went about their business—lest they draw his anger—as he thundered past. Tormented screams echoed off cavernous walls and pools of fiery despair. His pulse roared in his veins. He reveled at what he was about to see…

The Fates’ curse had begun.

Reining his steeds to a halt, he dismounted, his black boots crunching on a mixture of bones and jagged pieces of rock. Amidst the prisons, the things of nightmares tortured imprisoned souls.

A laugh rumbled up from his gut and rolled out. He threw back his head then ran his hands through his black hair, freeing it from its tie. Pers wasn’t here right now, due to his brother, Zeus’s, acquiescence to Demeter.

Hades ignored the slow burn in his chest at the thought of his wife being gone for six long months and focused on the game of persecuting his brother instead, for he knew a thing or two about Aiesa’s offspring that Zeus did not.

An ear-splitting scream rent the air, snapping Hades out of his thoughts. New souls.

He knew who sent them. Although he benefitted from so many entering his domain, his brother would not be happy.

What a perfect time to pay Zeus a visit.

Amy McKinley is a freelance writer and author. She lives in Illinois with her husband, their four talented teenagers, and three mischievous cats. Her debut novel, Hidden is the first in the Five Fates Series.