Straight Browsing from the Library: Cubeball by Michael Leon

This post is part of a virtual book tour organized by Goddess Fish Promotions. Michael will award a $50 Amazon/BN GC to a randomly drawn commenter. Click on the tour banner to see the other stops on the tour.

A naturally gifted ex-national champion and a savant with a computer-like mind compete against the world's best in the 22nd century's most popular sport - CUBEBALL - the chess-like, technology-enhanced, snooker of the future where the world stage is dominated by gambling, drugs and massive audiences.

Unlike the real Mars settlement, Mons City was surrounded by a vertical city. Skyscrapers impossible to build on Earth or Mars dwarfed the largest mountain in the solar system. Mons City consisted of two cities, the Left Bank and Right Bank. Each city was built at the base of Olympus Mons, forming the largest boulevard ever digitally designed. Two parallel lines of skyscrapers extended thirty kilometres out from the Martian mountain and five kilometres apart. There was only one way in to Mons City and that was through the boulevard. Hover lines crisscrossed between the two cities making a Tokyo train station look like a country town. Twenty two million gamers (most online from their home) competed in this game. Around fifty thousand actually entered the game from Velvet Underground. Most of them were there to hide from the real world or rest and recover from the demands of the game. About another thousand were like Mickey, looking for someone. It was a melting pot of technology, human energy, drugs and dreams. So much had been won, lost or wasted in this boulevard of broken dreams. Mickey slowed as he entered Mons City. 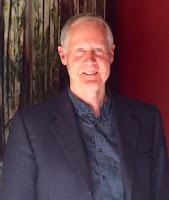 I commenced writing science fiction novels full time in 2009. It was a life-long interest of mine. I have written five novels - all exploring contemporary social issues in future speculative worlds. They are: Shadow Dance; Extinction; Cubeball; Titan Sages and Alive. My novels blend speculative science, new age and poetry. Readers of novels such as Carl Sagan’s Contact would enjoy my novels.