Straight Chatting from the Library: King Peso by Carmen Amato

This post is part of a virtual book tour organized by Goddess Fish Promotions. Carmen Amato will be awarding a $50 Amazon or Barnes and Noble GC to a randomly drawn winner via rafflecopter during the tour. Click on the tour banner to see the other stops on the tour.

What do you hope your obituary will say about you?

That I died of old age. In bed.

Cops in Mexico die young. Hunted down by cartel gangs. Gunned down on the street.

I hope I beat the odds.

Is there anyone you’d like to acknowledge and thank for their support?

He knows what I owe him and how I feel, even if the words don’t come easily.

His name is Kurt Rucker and he manages the Palacio Réal hotel on the eastern side of Acapulco. Kurt has created an oasis for me, where I can forget the crime and violence on the streets, at least for a little while.

What are you most proud of accomplishing so far in your life?

I’m the first and only female police detective on the Acapulco force. I scored the highest on the written exam that year, got an endorsement from my patrol sergeant, and won the hand-to-hand combat competition.

I heard that some chica from New York wrote a story about how I came to be a detective and gives it away for free. Que estupida.

What is your favorite quality about yourself?

What is your least favorite quality about yourself?

What makes you angry?
,BR> My partner, Franco Silvio, is the most infuriating man in the world. He’s the senior detective in the squadroom and probably the smartest, but masks it by being rude and stubborn. As a former boxing champ, he can also be physically intimidating and downright scary.

He once told me he’d do whatever it took to make my life miserable so I would quit being a detective. He didn’t believe women should be in that job. But I am the first female police detective in Acapulco and I’m here to stay.

I think it is a shock that he now has a female partner. He may never really get over it.

I don’t have too much time to read, although when I do I like books by Scottish mystery writer Ian Rankin. I’ve never been to Edinburgh, but the crime there feels like the kind of crime we have in Mexico: dark, gritty, and embedded in greed and power. If police inspector John Rebus was a real person, I’d like to meet him, despite the fact that he drinks too much and is much older than I am.

The book I spend the most time with is my binder of missing women. I call them Las Perdidas—the Lost Ones. For several years, since a friend of mine went missing, I’ve collected information on women who have gone missing in the Acapulco area. One in particular is a teen named Lila Jimenez Lata who is from my own neighborhood. Every time I think she’s in my sights, she slips away.

KING PESO is the fourth book in the sensational Detective Emilia Cruz mystery series recently optioned for both television and film. Emilia is the first female police detective in Acapulco, where Mexican drug cartels battle for control and politicians are bought with blood money.

Three cops are murdered, execution style. Emilia worked with them all.

Her partner’s wife is killed in a home invasion. Was he the real target?

Is Emilia the next?

She hopes to be assigned to a task force to investigate the killings, but is instead directed to a new police unit championed by Acapulco’s ambitious mayor and overseen by a shady union strongman. But when Emilia stumbles upon a falsified report, she will conduct a private investigation, even as another murder victim carries a stark message for her.

Home is no refuge for Emilia; hotel manager Kurt Rucker has a shocking secret that could tear their relationship apart.

Unexpected help comes from a frightened attorney and a famous movie star, but each new clue to the murders unravels the one before. Meanwhile, Emilia’s ongoing hunt for a missing girl, a continuing series subplot, leads to the infamous El Pharaoh casino, a place she knows only too well.

What do a casino and a cop killer have in common? Emilia bets on her partner, but his gamble could cost both their lives.

“I think I’m on the task force,” Emilia said. “Because I worked with all three victims.”

She’d crossed paths professionally with all three of the murder victims, although none had been a close colleague. She hadn’t even met Salinas, just talked to him a couple of times on the phone. But he’d been honest with her and done what he said he would do. A rare and rapidly disappearing commodity these days.

“Who else worked with all of them?” Kurt asked. “Silvio? What does he think?”

“Franco worked with Vega on the arson case, too.” Franco Silvio was Acapulco’s senior police detective and Emilia’s perpetually surly partner. “But he never met Salinas or Espinosa. He wasn’t invited to the meeting, either. None of the other detectives were.”

Emilia shook her head. Loyola, who was junior to Silvio, had been made acting lieutenant of detectives several months ago. He now rarely worked cases. “Not invited. He only knew Vega from the arson case.”

“I don’t know. Maybe.” Emilia stared at the lights twinkling in the dark ocean as the unseen swimming dock bobbed. “The El Trio killer could be another cop. Someone on the inside who is being specific about their victims.”

“I can’t believe you waited to tell me, Em,” Kurt said, exasperation and sudden anger in his voice. “You live here. If you’re in danger, that means everybody in this hotel is in danger. I have to know things like this.”

Kurt turned to look at the ocean again, elbows propped on top of the wall. “I guess what I’m trying to say is that I wish you were invested enough in us . . . in this relationship . . . to tell me things when they happen. Not a week later. Because you’re thinking how things impact us. Not just you.”

Emilia concentrated on the pinpoints of light out in the bay. Why did they keep having the same conversation and why was it always so hard? 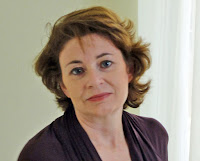