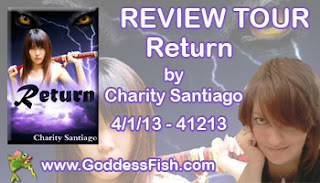 A special thanks to Goddess Fish Promotions for sharing a new YA Fantasy with me. I love YA and I love fantasy--so it's a match made in heaven. Charity will be awarding one $10 Amazon gift card for a random commenter and one $10 Amazon gift card for a random host. Grand prize: winner's choice of any mini gift basket from GourmetGiftBaskets.com (a $24.99 value). (I LOVE the Coffee Break one and the Chocolate one... mmmmmmm).

For the last three years, eighteen-year-old Ashlyn Li has been running from her destiny. A free-spirited ninja, Ashlyn would rather loot an abandoned city or challenge a fiend to battle than assume leadership of Toryn, her father's kingdom. However, when a series of attacks reunites Ashlyn with the friends who helped her save the sun three years ago, she discovers that her kingdom is at war and her father has presumed her dead.

Suddenly Ashlyn is faced with not only fulfilling her birthright, but also making sense of her feelings towards two very different men- Drake Lockhart, the enigmatic vampire who captured her heart three years ago, and Vargo, the charismatic assassin who was once Ashlyn's sworn enemy.

Will Ashlyn ascend the pagoda and become Lady of Toryn?

READ THE REVIEW
Return is the first book in an exciting YA fantasy trilogy that should appeal to a large range of readers--not only does it have elements that readers of manga and martial arts lovers will enjoy, there is also vampires and an awesome female lead.

Ashlyn has no desire to take leadership of the kingdom--even though it's her destiny to do so. She's a Ninja and good at it. However, she does step up and take charge when she realizes what's at stake.

The world building in this book is amazing--the author has done a great job with putting the reader down in the midst of the action and drawing her in--so much so that I wondered briefly if I had missed the "real" first volume of the story!  The relationships that are drawn are real and I found myself torn over which of the two love interests I like the best.

I'm looking forward to the next book in the series.  Maybe then I can decide whether I'm rooting more for Vargo or Drake. 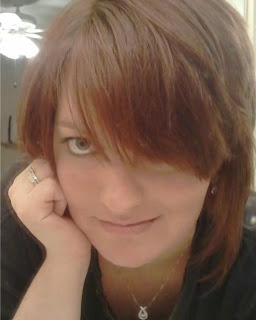 In February 2011, Charity Santiago's 7-month old son was admitted to the hospital with severe respiratory issues. While Charity stayed at his bedside, she kept them both entertained by downloading several books on her new Kindle and reading them out loud. It was during this time that Charity learned about Kindle's self-publishing program, and realized that she had an opportunity to share her writings with the world.

Charity is a native of southeastern Arizona, and a writer since childhood. She wrote her first manuscript, Guinea Pig Code!, at age nine. When she’s not writing books, Charity spends her time wrangling children, watching Sylvester Stallone movies and pursuing a degree in Education.