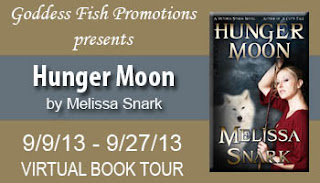 Melissa Snark is at The Library today to share with us a little bit about Freya as part of her virtual book tour organized by Goddess Fish Promotions. In the Loki's Wolves series, Melissa's heroine is a Valkyrie who serves as a priestess to Freya. Victoria Storm's adventures begin in the short story "The Child Thief", which is available for free download on Amazon Kindle, BN.com, All Romance Ebooks, and Smashwords. Her story continues in second book in the series, Hunger Moon.

Melissa will be awarding a $25 GC - Amazon or B&N (winner's choice) to two randomly drawn commenters during the tour. You can see the other stops on the tour here: http://goddessfishpromotions.blogspot.com/2013/06/virtual-book-tour-hunger-moon-by.html. 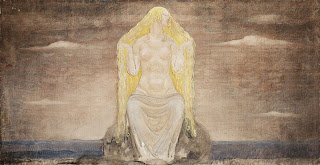 Freya was also known as Freyja or Frea; her name means “lady”. She was the daughter of Njord, a sea god, and twin sister of Freyr. They were not Aesir but Vanir, one of the two classes of Norse gods. After a war between the Vanir and the Aesir, the two sides agreed to peace, and Freya went with her father and brother to live in Asgard as a token of friendship and goodwill. She was sometimes confused or equated with Frigg, Odin’s wife.

In Asgard, she lived in a hall called Sessrumnir and drove a chariot drawn by cats, symbols of her independent nature. She was a goddess of love, lust, fertility, and magic. She was married to a god called Od or Odur, and bore two daughters, Nossa and Gersimi. Od disappeared mysteriously, and there are many mentions of Freya looking for her husband in various guises, crying tears of gold for him. Her association with gold was such that “Freya’s tears” became a poetic way to refer to gold.

As the goddess of love and lust, Freya was quite free with her affections, and her beauty meant that she never lacked suitors. One of these was a human man called Ottar, who was said to be a distant descendant of the hero Sigurd. He was a warrior leader who caught Freya’s eye through grand sacrifices - he turned his stone altar to glass through the heat of the fire that he used to prepare his offerings. Pleased and impressed by his devotion, Freya helped Ottar find the information about his ancestry that he needed in order to claim his inheritance. In the process, she turned him into a boar and even used him as a mount, and using both threats and flattery, she managed to pry the needed information from the giant who held it.

Freya’s greatest treasure was the Brisingamen, a beautiful necklace made by four dwarves. When she first saw it, she immediately wanted it. As payment, the dwarves demanded that she spend a night with each of them. Though she was disgusted, she wanted the necklace so much that she agreed. Later, Loki found out and told Odin about Freya’s behaviour. Odin was annoyed by Freya’s prostitution, and he had Loki steal the necklace from Freya. In one version of this tale, Heimdall saw the theft and chased after Loki, recovering the necklace for Freya. In another version, Freya went to Odin and begged him to give the Brisingamen back, and he eventually did so, but only under the condition that she sow discord between men and cause wars.

Freya’s wantonness did not apparently sit well with Loki, who accused her of sleeping with every god in Asgard and every elf in Alfheim, but when she was in danger, he usually found a way to help her. When the giant Hrimthurs, in the guise of a man, claimed that he could build a solid ice wall around Asgard in a single winter, in return for the sun, the moon, and Freya’s hand in marriage, Loki persuaded the gods to accept the deal, saying there was no way he could complete the wall in time. However, with the help of his horse Svadilfari, Hrimthurs made good time, and it looked like Freya would have to marry him. Loki disguised himself as a mare to distract Svadilfari and the wall was left incomplete. Hrimthurs became angry at losing the wager, and revealed himself to be a giant, whereupon he was promptly killed by Thor.

Loki and Thor saved Freya from marriage to a giant a second time when the giant Thrym stole Thor’s hammer Mjolnir and demanded Freya as his wife, in return for giving the hammer back. At the thought, Freya became so angry that the gods quickly sought another solution. Loki and Heimdall devised a plan whereby Thor dressed up as Freya instead. With Loki as his clever bridesmaid, Thor was able to deceive Thrym, recover Mjolnir, and kill the giant.

Unlike her equals in other pantheons (Aphrodite in Greek and Venus in Roman mythology), Freya was also a goddess of war, with a love for combat and a fierce temper. After a battle, she and Odin divided the slain warriors between them. As such, it was fitting that her beauty occasionally caused strife when giants or men tried to win her hand or coerce her into marriage.

A powerful sorceress, Freya was able to fly using a falcon’s skin, and she is said to have taught the Aesir the magic of the Vanir when she arrived in Asgard. In Norse society, magic, or seidr, was the domain of women, and Freya was its patron goddess. Odin practiced magic, too, but this was seen as unusual, and it was likely more due to his being the chief of the Aesir, and his thirst for any and all knowledge. Norse men did not, as a rule, practice magic, and it was seen as unnatural and effeminate for them to do so.

Women who practiced magic invoked and sacrificed to Freya. The völur, older women who travelled around the land selling their magical services to others, were in a sense Freya’s representatives in Midgard. A völva was essentially a witch, a woman who left her family behind in order to travel from town to town and perform magical rites and other services for the people there. Aristocratic women, likewise, often practiced magic and took an active role in their husbands’ campaigns by supporting it through magical means at home. Freya was an important role model and central figure for these women.

Freya was one of the most popular Norse goddesses, with many place names in Scandinavia referencing her, and folk beliefs about her abounded. She was said to sprinkle dew when she flew across the land in the morning, and her presence was said to be shown by sheet lightning (distinct from the destructive thunder and lightning that signalled Thor’s rage). She was revered as a fertility goddess well into the nineteenth century.

Valkyrie Victoria Storm desires nothing more than to provide her wolf pack with a safe haven, but her position as priestess to the Goddess Freya also brings with it certain… obligations. Not to mention complications.

War with the Barrett family resulted in the deaths of her parents and most of her pack. Now, hunters are hot on the trail of the remaining pack members. Sawyer Barrett, a human hunter hell bent on revenge, is convinced that Victoria murdered his brother. He will stop at nothing to see her dead.

Victoria must defend the survivors and somehow lead them to safety. Months on the run has weakened the pack, and there are newborn pups to protect, making swift travel impossible. Ahead, the promise of refuge beckons.

Their best chance for survival lies in Sierra Pines, California: Arik Koenig, a powerful, dominant male wolf. He promises to protect and provide for the pack, something Victoria knows the pack needs for survival. His mysterious past is riddled with violence and death, including the slaughter of his entire family twenty years before. His wife died under mysterious circumstances and his son, Logan, is rumored to be her killer.

What is truth? Who can she trust? The desperate spirit of Arik’s murdered wife calls out for help, and Logan begs for assistance in clearing his name. Victoria must solve a murder that has pitted father against son, rooted in a mystery reaching back two decades. Her quest starts her on a journey from the human world to Odin’s Valhalla and back again.

Victoria will find salvation or face destruction beneath the Hunger Moon… 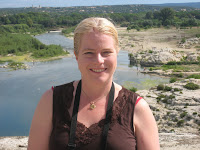 A friend asked me once how I chose my pen name. I told her the following: "Melissa, because when people mix up my first name, it's the most common goof up. Snark, because it amuses me. A) I love the word 'snarky' and B) I love Lewis Carroll."

As an individual, I'm sarcastic, stubborn and blunt to a fault. I have a strange sense of humor and I like to laugh (usually at my husband or children), but also at myself. I'm not particularly extroverted, although I do enjoy time with my family and close friends a great deal.

At the moment, I'm a stay at home mom who writes in my spare time. I've got a B.S. from Arizona State University in Business, and I've worked a variety of different jobs, including as a medical device documentation specialist, a technical writer, and an auto liability adjuster.

I live in the San Francisco East Bay of Northern California with my husband, three kids, and three cats. My hobbies include roleplaying, cooking and reading.

I maintain a blog, which I update regularly at http://melissasnark.blogspot.com/. I enjoy hearing from my readers, so please drop me a line at MelissaSnark at gmail dot com. a Rafflecopter giveaway
Posted by Librarian Judith at 4:00 AM