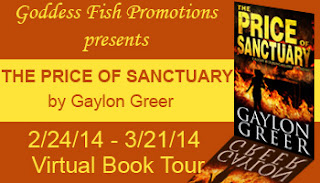 Gaylon Greer has stopped by The Library as part of a virtual book tour organized by Goddess Fish Promotions. Enter to win a $50 Amazon or Barnes and Noble gift card. Click on the tour banner to see the other stops on the tour.

What’s All the Fuss About Tension?


Readers may long for a tension-free life for themselves, but they want the characters they read about to have lives fraught with care. It’s a way for readers to enjoy the emotional charge that comes from stress without incurring danger to themselves. In Dwight Swain’s widely read writing manual, Techniques of the Selling Writer, he says, “Your reader reads fiction because it creates a pleasurable state of tension in him, line by line and page by page.” Elsewhere in the book Swain says, “Few aspects of writing are more vital. Overplay your tensions, or underplay them, or ignore them, and almost certainly your story will fail to satisfy.”

The need for tension appears to be embedded in our genes. It creates alertness, preparation for fight or flight. As such, it helps insure survival of the species. Genetic selection assures that the tendency to become tense will be perpetuated. Moreover, mankind has learned to enjoy this propensity, in controlled amounts. In a low-stress environment we seek out stress-inducing activities: competitive games, mock combat, big-game hunting, seducing our friends’ spouses, and so on.

Getting your tension fix second-hand is less hazardous. No danger of being injured in an athletic contest, mauled by a game animal, or attacked by a jealous spouse. So we watch prize fights or wrestling matches, we play board games, we watch disasters unfold on TV. And we read fiction. Fiction gives us a delicious vicarious tension fill-up when we empathize with characters who are dragged or thrown into conflict. Writers who excel at manipulating reader emotions by controlling story conflict will never lack for an audience.

Accustomed to a life of privilege, Shelby Cervosier new finds herself running for her life. Accused of killing an American Immigration agent, Shelby has undertaken a mission on behalf of a secretive American espionage agency in exchange for a promise of legal amnesty and political asylum in America. Now, however, the agent who coerced her into accepting the assignment wants her dead to cover up the bungled mission. Two hit men compete for the bounty that has been placed on her head.

Shelby and her younger sister flee into America’s heartland in search of a safe haven. They find only fear and danger, however, when they are captured by one of the assassins, Hank.

Prepared to do whatever it takes to keep her sister safe, Shelby cooperates with her capturer. Deciding that his feelings for them are more important than bounty money, Hank takes the sisters under his wing and secrets then away to his hideout: a farm in a remote corner of Colorado. They become a part of his extended family; they have finally found sanctuary.

Their safe new world is shattered when the second hit man, a relentless psychopath, captures Shelby’s little sister and uses her to lure Shelby and her lover into a middle-of-the-night showdown on an isolated Rocky Mountain battleground.


Shelby barely cleared the edge of the runway before twin engines on the sleek little jet wound up to an ear-achy screech and it began moving, leaving behind a smelly residue of burned fuel. Chuck's warning about the runway lights struck home; shadows below them made the ground a dark void. With every step, roots, ruts, and weeds threatened Shelby's balance. Something—palmetto fronds, she guessed—whipped her legs.

When distance rendered the lights less blinding, she picked up her pace. Cloying heat and humidity plastered her T-shirt and jeans to her skin as she jogged across the rugged turf with her blue canvas overnight bag slung over a shoulder.

Look for a Dodge van, Chuck had said. But what if it wasn't there? Maybe she could hibernate until daylight and flag some¬one down. One way or another, get to a car rental agency, drive to Homestead and sneak Carmen away.

As she approached the hangars, she slowed her pace. Wiping at sweat that stung her eyes and breathing hard from exertion, she looked for the woman who was supposed to meet her. With solid cloud cover blocking the moon, she almost bumped into the van be¬fore she recognized it.

Chuck had guessed wrong about the driver: she wasn't sleeping. She opened the passenger door. “Welcome to Florida.”

“Not really.” The old Dodge Caravan's dome light revealed an overweight, middle-aged woman with freckled, sun-leathered skin and unruly blond hair. “Chuck said not to give you my real name, in case the feds nab you.” She cranked the engine and pulled away from the hangar. “You lean on back, catch some shut-eye. We'll be on the road at least an hour, and your butt's gotta be draggin'.”

Shelby reclined the seat and closed her eyes. She was too keyed up to sleep, but God, she was tired. Tired of running. Tired of hid¬ing. Tired of being scared. 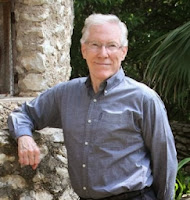 Working with traveling carnivals and itinerant farm labor gangs during his teen and early adult years took Gaylon Greer up, down, and across the United States and introduced him to a plethora of colorful individuals who serve as models for his fictional characters. A return to school in pursuit of a high school diploma while serving in the Air Force led to three university degrees, including a Ph.D. in economics, and a stint as a university professor. After publishing several books on real estate and personal financial planning, as well as lecturing on these subjects to nationwide audiences, he shifted his energy to writing fiction. Gaylon lives near Austin, Texas.


Buy the book at Amazon.