Where does your inspiration come from?

Inspiration for my stories comes from a lot of different places, although I don’t always realize that while I’m writing. Often, when I go back and read over what I’ve produced, I’m surprised to find that parts of it reflect real aspects of my life. It’s very rare for me, personally, to sit down and write something that I’m consciously aware is inspired by something else.

The mechanics of telling a story are a little bit different in this regard. I definitely have a range of authors who I consider particularly wonderful storytellers, and I try to learn from their material what works and what doesn’t. I think, as a writer, it is important to read a great deal, and to read widely. Stephen King, Mark Twain, Anne Rice, and literally dozens of others, have had profound influence over the voice and style I’ve developed for myself, especially in the structuring of a story.

Would you ever want to change genre's and if so what would you like to experiment with?

I have a bit of a funny view on genres. While “Haven Lost” is certainly a fantasy novel at its core, there are plenty of other aspects from other genres that make an appearance. In particular, science-fiction and horror are key players in the story, along with many others. Like with inspiration, though, this is not something that I make a conscious decision about. It just happens organically.

All of that is to say that I don’t really consider myself an author of any single genre. I like to experiment with blending genres, pulling what works from this or that type of story, and creating something new.

In Stephen King’s “The Dark Tower”, there’s a common refrain: “All things serve the beam.” This is what is foremost in my mind as I’m writing a story. All things must serve the story—the journey of our hero.

Occasionally, I’ll read back through a chapter and think to myself, “Wow ... that’s exactly what so-and-so would do.” It’s rarely a conscious thing, but I think all writers draw from real life, real people, and actual experiences.

In “Haven Lost”, there is one particular aspect of our heroine’s journey that culminates in what, I hope, is a powerful moment at the end of the book. I didn’t realize until I was writing the final scene and felt this tremendous surge of empathy for her just how much I’d drawn from my own experiences in crafting that part of the tale.

My goal has always been, and I expect will continue to be, to find purpose and happiness in life. Our time in this world is short, and I want to spend mine making a difference. Sometimes those differences are small, such as entertaining someone with a story, and sometimes they are profound. I want to be able to look back over these next ten years and be satisfied with how I spent the majority of my time.

At present, I’m reading “Prince Lestat”, the latest in the Vampire Chronicles by Anne Rice, which is more than a little like having an old and dear friend come and visit after a protracted absence. I’m also in the midst of working my way through the “Bloody Jack” series by L.A. Meyer, which is a truly marvelous set of stories. I’m surprised, and slightly dismayed, that it took so long for them to ping my radar, as I’m thoroughly enjoying every word.

What do you do with your free-time when you are not writing or brain- storming?

I love music, and my taste skews decidedly British in that regard. I love the work of George Michael, Elton John, Sting, and many, many others. I’m a huge hockey fan. My teams are the Los Angeles Kings in the NHL and both the men’s and women’s PennState Nittany Lions.

On the geekier side of things, I am a huge fan of Masters of the Universe, Star Trek, and Harry Potter. I feel right at home at Comic Con. :)

This is a tough question. There are so many ways in which I was blessed as a child, and so many memories that left a profound impact on my life. Visiting the UK and meeting George Michael backstage during his Faith concert tour are certainly among them.

When I was six-years-old, I became very ill. It was at this point that I lost my vision. Filmation, an animation studio that was producing the “He-Man and the Masters of the Universe” cartoon series at the time, heard about the fact that I loved the show and my illness.

Two of the voice actors recorded a message to me, in character, and sent it to me on a cassette. They wished me well, offered their friendship, and generally made a very sick kid a whole lot happier.

The complete story, along with the recording, can be found at this link: http://masterscast.com/?p=320 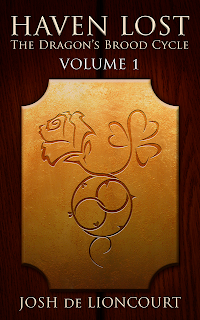 Sixteen-year-old Emily Haven, heroine of the girls’ hockey team at Lindsey High, has spent her young life keeping two secrets: her rapidly deteriorating home life and the seemingly supernatural power that makes her a star on the ice. When she begins seeing visions of a lost and ragged boy reflected in mirrors and shop windows, a series of events unfolds that tears her from twenty-first century Minneapolis and leaves her stranded in another world with horrors to rival those she has left behind. Lost amidst creatures of fantasy and legend, she is forced to confront the demons of both her past and future to unravel the riddle of the mysterious boy and embark upon a journey to uncover long forgotten histories and the dark, cloaked figure in the shadows behind them all. Caught between opposing forces of a war she does not understand, Emily must find new strength within herself and, above all, the will to remember her friends.

Her muscles spasmed with the force of it. The whine in her head rose to a crescendo that made her feel as though she’d become some kind of weird human tuning fork. She began to shake uncontrollably, and the floor seemed to sway and heave beneath her feet, like the deck of a ship on rough seas.

She fell to her knees in front of the mirror, unable to tear her eyes away from the strange boy with the pony-tail and the torn and ragged clothes. She could see every minute detail of his attire, from the thick red and black thread that had been used to mend his jeans and jacket, to the filth and tarnish on the old-fashioned fastenings.

He reached out toward her, and as he did, her own reflection in the mirror winked out. Only his face stared out of the dusty glass. His eyes were full of hope and sadness, and seemed the eyes of a much younger child. Those eyes spoke of suffering and loss, and Emily’s heart called out in recognition. She thought she saw the flicker of flames behind the boy, and then she was reaching out to him as well.

Their fingers met. She clasped his in her own, feeling their warm, rough reality, and wanting to give comfort as much as receive it. Such a simple action. Such a mundane, human gesture. And with that ordinary decision made, two worlds changed forever.

“Yes,” she whispered, and watched as the breath of that word fogged the glass between them, spreading until it filled the world with a cloudy, white mist. 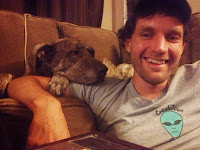 Josh de Lioncourt was born and raised in California and enjoys writing projects in a wide variety of fields, including fiction, music, software, blogging, and tech articles. He has written on Apple accessibility for Macworld and Maccessibility, hosts or participates regularly on several podcasts, and writes and records music with Molly, his other half. Josh enjoys the works of Stephen King, the music of George Michael, Masters of the Universe, and Los Angeles Kings hockey. He currently lives in Pennsylvania.