Straight Browsing From the Library: Legacy of Fear by Ryshia Kennie

This post is part of a virtual book tour organized by Goddess Fish Promotions. Ryshia will be awarding a $30 Amazon or B/N GC to a randomly drawn winner via rafflecopter during the tour. Click on the tour banner to see the other stops on the tour.

Andra Vandersan is an expert code breaker, as fiercely independent and beautiful as she is brilliant. Working at the highest levels of deciphering, she’s always remained at a safe distance from the seamy underworld of Hong Kong’s criminal elite—but that’s about to change. When her next-door neighbor is brutally murdered in a way that suggests the work of the Chinese triads, two things become clear: Andra was the intended target of the hit, and the assassin is going to return.

Max True is a world-class linguist, a colleague of Andra’s who once helped her break a code that would destroy a terrorist cell. When he shows up at Andra’s door with a mysterious message, they realize they may have stumbled on a long-lost women’s language that holds the secret to incredible power—and one that the most vicious men in Hong Kong will stop at nothing to get their hands on.

As Andra and Max work to solve the puzzle of the language, they find themselves in a desperate race against time to escape the mysterious forces who all want the secret of the message—even as they surrender to the forces of an undeniable passion that brings them inexorably and irrevocably together.

“Max,” she repeated. “You think too much.” She cupped his head, pulling him down to her, and this time the kiss was lush and long, and when it ended only silence breathed between them.

“You’re right.” She breathed. “We shouldn’t have done that.” His hand traced along her wrist and she shivered.  “This is craziness, all of it.”

“Maybe,” he replied, standing up. “In the meantime, there are few we can trust. The police have no interest in supposition and we have no time to wait for whatever is about to come to us.”

“What are you saying, Max?”

He went to the window. She followed.

Her hand brushed against his.

Her gaze followed his into the distance, where outside a fringe of fog swirled around thestark decadence of Victoria Peak. “It’s unbelievable, really, a village of women.” She took a deep breath. “And the one man who says he has seen this village is threatened about reporting what he has seen.”

She sighed, turned around and picked up the satchel, pulling out the doll. She ran her fingers along the doll’s cloth body as he had done what seemed a million times before. The expression on her face changed from calm to surprise.

His fingers brushed lightly against hers as they ran along the age-thinned cloth. The spark from just that brief touch had him fighting not to take her in his arms and take her to places he had so far only imagined. He leaned closer and then felt something subtle yet foreign beneath the doll’s cloth body. 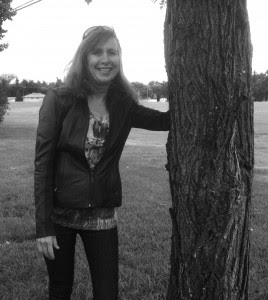 The Canadian prairies are where Ryshia Kennie makes her home with her husband and one opinionated and slightly geriatric, Irish Terrier. The winner of her city’s Writing Award in 2011 and a semi-finalist in the Kindle Book Awards, her novels have taken her characters from the depression era prairies in her first book “From the Dust” to the ancient stones of Angkor Wat and to lost languages in her latest book, “Legacy of Fear”. There’s never a lack of places to set a story as the too long prairie winters occasionally find her with travel journal in hand dreaming of adventure on foreign shores. While facing off a monitor lizard before breakfast or running through the Kasbah chased by an enraged Water Carrier aren’t normal travel experiences and might never find a place in one of her stories, they do make great travel stories. Sometimes it’s just the memories of other worlds close or far away: the words of a stranger, the furtive look one man gives another, that often become the catalyst for a suspenseful story with a deadly villain and an intrepid hero and heroine who must battle for their right to love or even their right to live, in a place that neither - or both, may call home.

When not dreaming of other stories, Ryshia can be found baking a new batch of dog cookies, reading pretty much anything - although romance is a favourite, and, depending on the season; biking, scouting garage sales, golfing and the occasional beach run before the algae rolls in, and winter is for long walks, and taking those long-thought-about trips. For more, visit her website at www.ryshiakennie.com. Buy the book at Amazon or Barnes and Noble.

a Rafflecopter giveaway
Posted by Librarian Judith at 5:08 AM