Straight Chatting from the Library - OP-DEC by K. Williams

This is part of a virtual book tour organized by Goddess Fish Promotions. K. Williams will be awarding a grand prize of a paperback of OP-DEC: Operation Deceit (US only) to one randomly drawn winner and a digital copy of the book to 10 randomly drawn winners via rafflecopter during the tour.

Tell us about your current book in 10 words. Fast paced thrill ride that will leave you wanting more.

What are you reading right now? Currently I am writing the sequel to OP-DEC, so I have passed the research phase and will concentrate on forming the narrative, working out the kinks and all. I think it will be more exciting than the first, and it will answer questions left at the end of the first.

Least favorite book you've read this year? Dean Koontz’s “Watchers” – it was recommended to me by a friend, her favorite book. I just can’t, for the life of me, get into it. I don’t understand, since it’s a genre I adore.

Favorite book you've read this year? Lorraine Diehl’s “Over Here! New York City during World War II” – I picked this up to do some research for the sequel to OP-DEC. It’s an absolutely lovely read. So much information and delivered in such a fashion that you won’t put it down. Diehl answered all of my questions, the fine details of life in wartime.

When do you do most of your reading? At night, or when I spin. I work a 9-5 to support my writing habit, so my free time is condensed to the small bit between dinner and bed.

Favorite place to read? In bed or on my stationary bike. Although, in bed, I get too comfortable and start falling asleep. The bike is where I have done most of my reading in the past few years. I get my exercise and combine it with reading time. I finished “This Gun For Hire” and other texts I used for research on the stat bike, while preparing for OP-DEC.

Favorite genre? Classic literature – of any genre. I have no preference. I think back fondly of the days in high school when I enjoyed Romance novels for escapism. I just love a good story of any kind. I rather read a drama than watch one on television. The tension is just so much more delightful in a book.

Do you loan your books? Absolutely! If there is a book that I got something out of, I like to share that with someone. Usually I send them onto my mother with a small review. I think the last one I gave her was the Scarlet Pimpernel and next will be Diehl.

Re-reader or not? You know...I used to reread all my books as a kid. Now, I just have such a long list of books I want to read that I don’t go back anymore. I don’t really miss that. We only have so many years on this planet, and I want to read as much as I can before the time is up.

What would make you not finish a book? Koontz’s book, as I mentioned, is giving me a hard time. Something about the writing is rubbing me the wrong way. I know he’s popular, and he’s published by a larger publishing house. However, the art is still subjective. In this case, the writing is very dry, at times clunky. The idea of the book is absolutely fantastic and I think that is what keeps me trying to finish it. Dogs are a favorite for me, and this special guy is pretty cool.

I think it would make a great pre-teen flick, with some of the adult stuff muted out. I can’t see it doing well as a horror or science fiction for adults. Perhaps that too is a problem, as it doesn’t place well as adult reading, and it tries very hard to do so—but a science lab ‘talking’ dog would be a tough sell. I wish I could explain better why I’m not enjoying it, but it’s so hard to put my finger on the reason. It’s so upsetting! 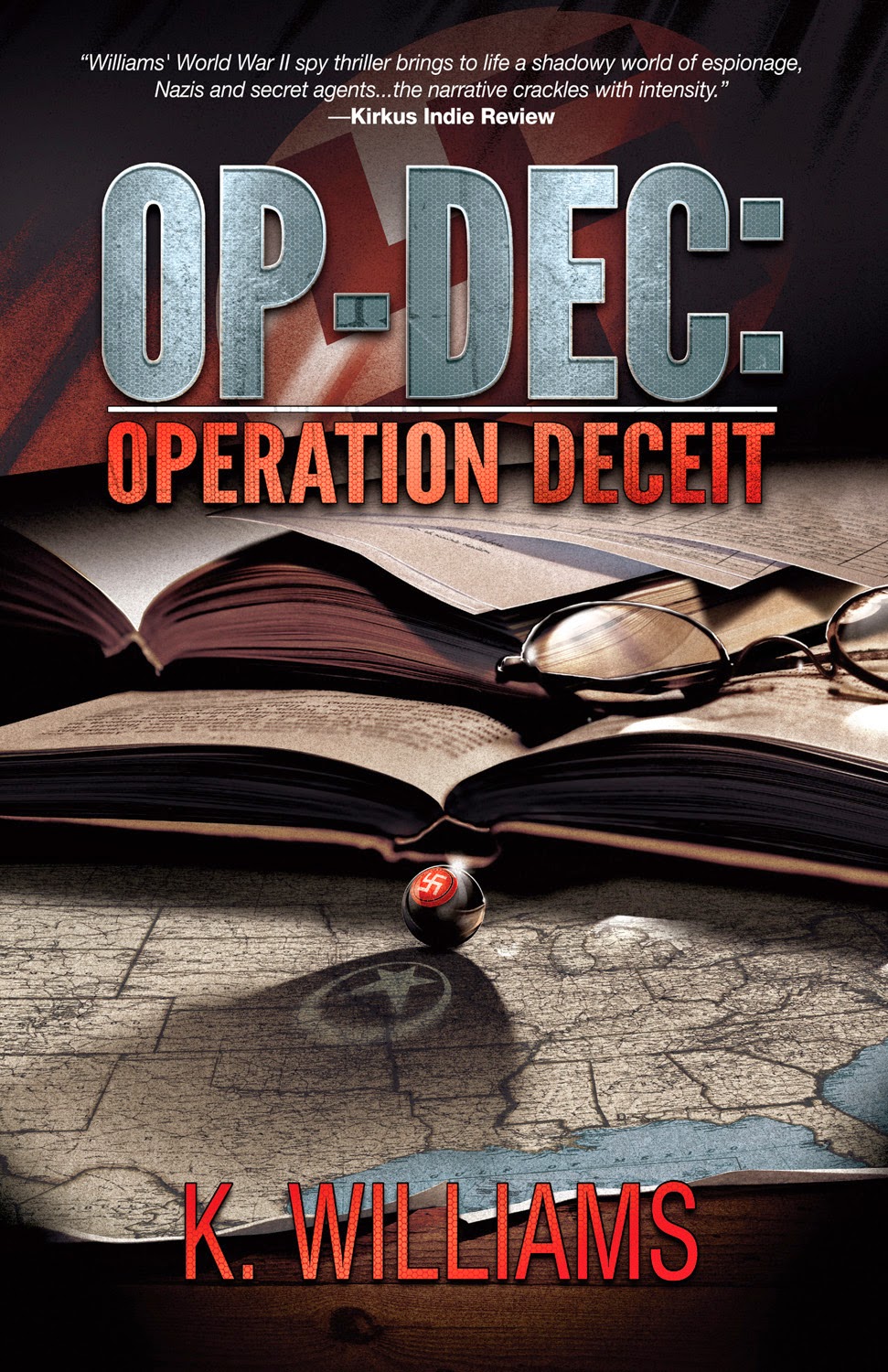 A shadowy past becomes a sinister future... It's 1933 and the height of Boston's social season. Claire Healey overhears a terrible argument between her industrial-tycoon father and her socialite mother. Claire's father sends her mother away, declaring she is hysterical with fatigue. Displaced by this disastrous outcome, Claire is brought to New York by her spirited aunt, to be raised beyond the reach of the damaging turn of events.

Nine years later, Claire returns to her childhood home to face her past once more. The world has long since exploded in war. A mysterious stranger named Carsten Reiniger has infiltrated the scene, placing his commanding presence among the old familiar faces of Boston's elite. Intrigued by the newcomer, Claire struggles to piece together his identity and finds a dangerous connection to her troubling past. When Claire's prying comes to light, she and her aunt are whisked away in the middle of the night to ensure their silence. Can Carsten Reiniger be trusted or is he implacably loyal to duty alone?

Fantasies of jumping from the moving vehicle or pushing Carsten out with a display of sudden and great strength filled Claire’s mind the entire ride back to her father’s house. The night somehow clung more darkly to their street. A roll of thunder echoed in the distance, barely audible above the growl of the engine. The driver steered the car up to the gate, pausing for it to open. The menacing groan of the iron barrier awakened Claire’s need to escape. She moved, but Carsten’s alertness obstructed such notions. His hand tightly grasped her wrist, planting her hand firmly on the seat between them. The concealed gun glinted, catching the reflection of the headlights. Pain and fear played on her face.

“Not just yet,” he said in low tones as the car proceeded slowly up the drive.

Carsten released her hand and patted it, wearing one of his grins. Claire tore her hand away, clutching it to her chest. Her owlish eyes kept a close watch on him. He only chuckled, amused by her fear. She was at his mercy with not a soul to help her.

The driver remained focused on his task. Claire wagered the driver had already known about the plans for the night, and he played along to keep his cushy job. The car coasted up to the overhang and came to a gentle stop. This time, he didn’t get out and open the door. He waited, allowing Carsten to do it instead.

Carsten reached across Claire and opened her door.

Born in Saratoga Springs, New York, where she continues to reside, K.Williams embarked on a now twenty year career in writing. After a childhood, which consisted of voracious reading and hours of film watching, it was a natural progression to study and work in the arts. K attended the State University of New York at Morrisville, majoring in the Biological Sciences, and then continued with English and Historical studies at the University at Albany (home of the New York State Writer’s Institute) gaining her Bachelor’s Degree. While attending UA, K interned with the 13th Moon Feminist Literary Magazine, bridging her interests in social movements and art.

Currently, K has completed the MALS program for Film Studies and Screenwriting at Empire State College (SUNY), and is the 2013-2014 recipient of the Foner Fellowship in Arts and Social Justice. K continues to write and is working on the novels of the Trailokya Trilogy, a work that deals with topics in Domestic Violence and crosses the controversial waters of organized religion and secularism. A sequel to OP-DEC is in the research phase, while the adaptation is being shopped to interested film companies. Excerpts of these and more writings can be found at: www.bluehonor.com.