This post is part of a virtual book tour organized by Goddess Fish Promotions. Vikki will be awarding a $15 Amazon or B/N GC to a randomly drawn winner via rafflecopter during the tour. Click on the tour banner to see the other stops on the tour.

When her son’s life is threatened, Anissa, Marchioness of Overton, seeks refuge by sailing to America. Before the ship reaches the high seas, sparks fly between her and Captain Alex Hawks. Although the young widow may be lonely, and afraid, she cannot risk the diversion a romantic entanglement could bring, no matter how much she wants to lose herself in the captain’s embrace.

The Captain vows to protect the young Lord Overton, but can offer no assurance that the marchioness will leave his ship with her virtue intact. Alex is drawn to Anissa’s beauty and courage, as a hummingbird is to the nectar of a flower. How long can he fight a losing battle before he surrenders and makes her his own?

Will Alex be able to keep this remarkable woman and her child safe? Will his passion for Anissa be enough or will their differences keep them apart?

The heavy brass statue dropped from her hand, and Anissa, the Marchioness of Overton, touched her lips with a shaking hand. She glanced down at Lord Howard and stifled a gasp. Blood poured from the wound on his head as he lay sprawled out on the Aubusson carpet. The smell of fresh blood assailed her nostrils, causing her stomach to roll.

Oh no, what have I done?

Anissa remained frozen, as stiff and unyielding as the statue she had dropped on the carpet. Finally pulling herself out of her moment of terror, she knelt beside him and gingerly touched the side of his neck with trembling fingers. She felt a weak pulse. At least she had not killed him.

Never in a million years had she expected him to attack her in such a horrid way. Shock waves of fear raced through her heart, and she pulled the remnants of her bodice together as images of the struggle flashed through her mind. Thank goodness, she had grabbed the statue before he could ravish her.

Of course, he had tried to corner her countless times. She had always managed to evade him before. If she had known he had arrived home, she would never have chanced coming down for a book. A good thing she had, or she would never have overheard him talking to his son. Without this knowledge, she would have been dead the next day, and then there would have been no one to keep him from carrying out his diabolical plan.

The fright she had experienced when Lord Howard caught her still had her heart jumping in her chest. If his son had caught her, she could have been able to convince Bernard she had come from the kitchen after having a glass of warm milk. The poor young man was a bit slow-witted. With the die cast, she could not stop the turn of events her actions had started. She would have to get away before someone found Lord Howard and raised the alarm. 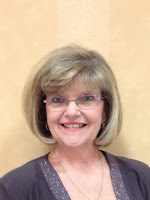 Vikki Vaught started her writing career when a story invaded her mind and would not leave.

Over the last few years, she has written more than a half dozen historical romances and is presently working on her next. Her new release, Lady Overton’s Perilous Journey, is the first book in her Honorable Rogue series.

Vikki loves a "Happily Ever After", and she writes them in her stories. While romance is the central theme of all her books, she includes some significant historical event or place in all her novels.

For the last decade, Vikki has lived in the beautiful foothills of the Smoky Mountains of Tennessee with her beloved husband, Jim, who is the most tolerant man in the world to put up with her when she is in a writing frenzy. When she is not writing or working her day job, you’ll find her curled up in a comfortable chair reading her Kindle, lost in a good book with a cup of tea at her side.