Straight Browsing from the Library: The Sceptre of Morgulan by Matthew D. Ryan

This post is part of a virtual book tour organized by Goddess Fish Promotions. Matthew will be awarding a $20 Amazon or B/N GC to a randomly drawn winner via rafflecopter during the tour. Click on the tour banner to see the other stops on the tour. 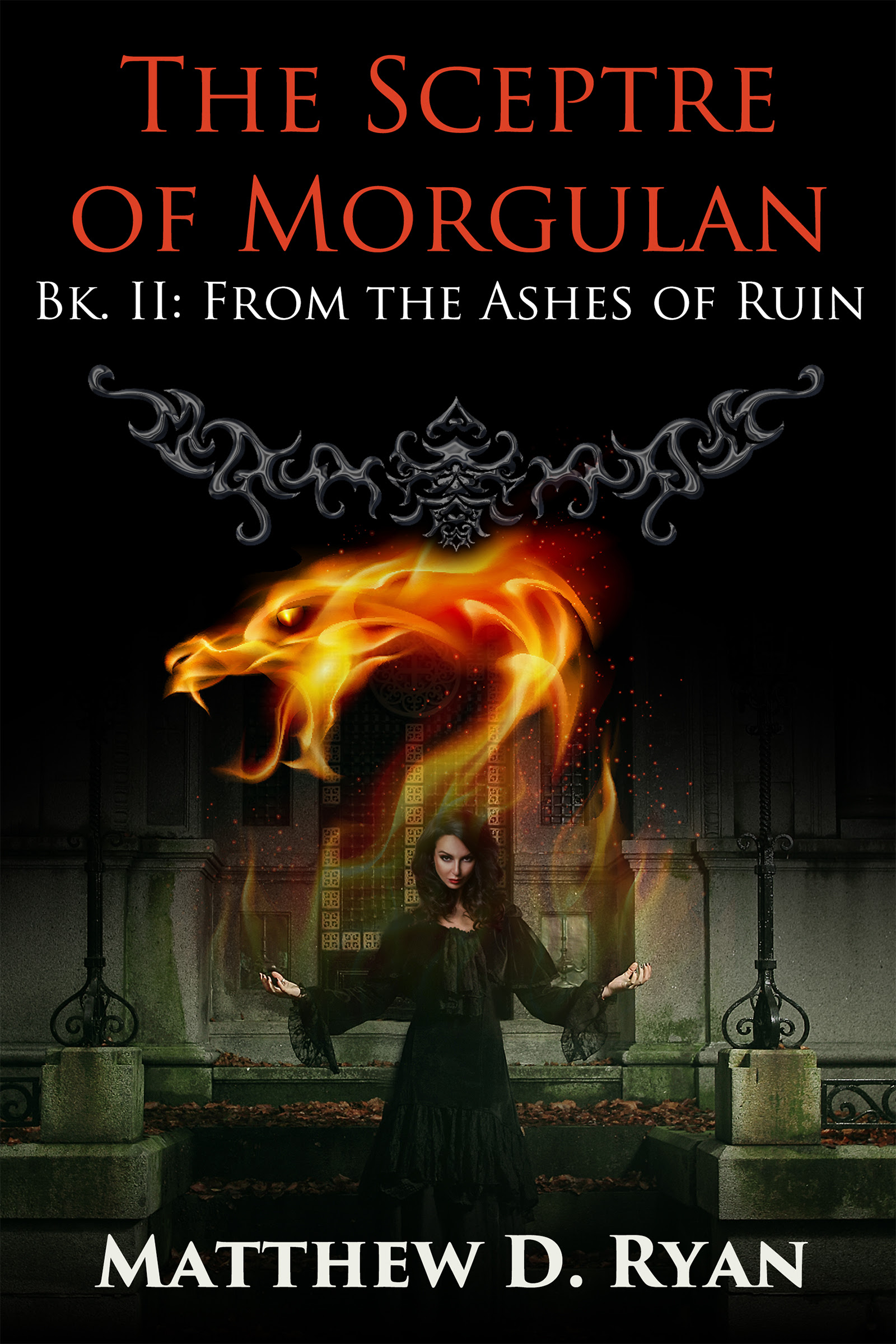 
Coragan of Esperia has another job to do. Can he and his companions capture the Sceptre of Morgulan and prevent an apocalypse? Or will Korina outmaneuver them again and escape with the prize? So much hinges on the efforts of so few—if they fail in their quest, if the evil witch Korina the Black succeeds, she may gain an unrivaled power over the forces of darkness; a power she will not hesitate to use.


It appears my mistress needs me again, which is good, in a way ... my hunger has returned and I am due for another feeding. I relax as I am pulled up the last short channel of the jar; I concentrate on the sensations and feelings that barrage my mind as my essence twists and turns, undulating in response to the summoning magic.

Coalescing from mist form to human, I become aware of another presence in this chamber. Something strong and powerful, reeking of magic and other rancid odors. Glancing in the creature’s direction is enough to identify it: an arcagrich, a demon I am familiar with, although I have not seen one in a thousand years. I turn away from the demon and glance back towards Korina. She stands several feet from me in a summoning circle; she looks ... pale, almost frightened. I’m glad she still respects me, but really? I do not intend to break my word ... at least, not yet.

The crack of a multi-lashed whip splits the air and my vision explodes. Staggering, I drop to one knee as the shock and pain hit me. I gasp: there was more than just metal behind that whip! I lift a hand to my face; it is a mangled ruin. Three long furrows streak across my cheek and another one mars the pale flesh of my neck.

I turn to look at my assailant, angry, yet cautious.

Now, I understand. Her pet has escaped. And she wants to use me to clean up her mess. I might have refused, if the creature had not attacked me. But it is an arcagrich. Can I take an arcagrich? 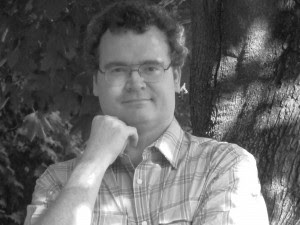 Matthew D. Ryan is a published author living in upstate New York on the shores of Lake Champlain. His work has been featured on-line at Aphelion.com and YesteryearFiction.com. He has been deeply involved in the fantasy genre for most of his life as a reader, writer, and game designer. He is the operator of the web-site matthewdryan.com which features his blog, “A Toast to Dragons,” a blog dedicated to fantasy literature, and, to a lesser extent, sci-fi. Mr. Ryan says he receives his inspiration from his many years as an avid role-player and fantasy book reader. He has spent many long hours devising adventures and story-lines as well as gaming systems for role-playing games, playing a motley assortment of characters in RPG worlds, as well as digesting the writings of J.R.R. Tolkien, Robert Jordan, and others. As a result, he has great depth of experience in the fantasy genre and feels it was a natural shift for him to move into fantasy writing.

Mr. Ryan is the author of the exciting dark fantasy novel, Drasmyr, The Children of Lubrochius, and The Sceptre of Morgulan, as well as a growing number of short stories. His first novel, Drasmyr, won the book of the month award on Long and Short Reviews: Young Adult for the month of September 2012. The story features a traditional Dracula type vampire in a Middle-Earth type setting. It is a dark fantasy geared toward teens and adults that has consistently earned reviews in the four and five star range. Drasmyr serves as the prequel to his series: From the Ashes of Ruin. In addition to Drasmyr, The Children of Lubrochius, and The Sceptre of Morgulan, Mr. Ryan has published several short stories on-line, including: “Haladryn and the Minotaur”(published at the now defunct Pegasus On-line), “The River’s Eye”(published at YesteryearFiction.com) , “Escape”(published at Aphelion.com), and the three-story collection Of Dragons, Love, and Poison.. He has also spoken on the topic of “World-Building” utilizing his considerable experience as an author and game-designer. When not engrossed in his fantasy worlds, Mr. Ryan can be found volunteering at the local food shelf or playing with his cat, “Confucius,” who is as wise and wily as his name suggests.

For more information about the previous novels in this series, see Drasmyr and The Children of Lubrochius. Buy the book at Smashwords.