Straight Reading from the Library: The Cottage at the Border by Hannah Warren

This post is part of a virtual book tour organized by Goddess Fish Promotions. Hannah will be awarding a $10 Amazon or B/N GC to a randomly drawn winner via rafflecopter during the tour. Click on the tour banner to see the other stops on the tour.

Vincent Van Son is Jenna's adopted brother, her psychiatrist, perhaps her only friend. He takes her to the Cottage for recovery, determined to rescue his sister from herself after her failed suicide attempt. The cottage on the border is at Oud Land, and is the location of many dark secrets.

Jenna's close call with death leaves her open to the psychic world, and in this cottage in the onset of a misty winter, Jenna hears them, the voices of the past, memories of what happened on the border. It becomes a journey to herself. She has to listen, to witness, she has no choice. Their stories are her story, and it is a long heritage of murder, deceit, ethnic discourse and betrayal.

Perspective returns to the introspective prima ballerina, she has learned the truth of her family, of this cottage of psychic confessions. She alone emerges from the rubble of six decades of troubled family history, a lone phoenix.

The Cottage on The Border is a tale of murder, mystery, intrigue, familial despair, heartbreak, and spiritual resurrection.

Discovered at her dead mother's feet, Jenna is raised by the Van Sons as their own, but the darkness that was in her mother manifests itself also in Jenna, and she too tries to escape via suicide. With the help of her adoptive brother, though, Jenna goes to Oud Land-- a world that, unknown to either of them, have close ties to Jenna.

This book is part ghost story, part psychological thriller, and 100% enthralling. The characters (both in the present and the past) are very well drawn. They show how secrets and darkness have a way of visiting themselves on the sons and on the sons' son.

Don't begin this book is you have somewhere to go.. it caught this reader's attention and didn't want to let go. 4 stars.

He aimed his Micro Uzi with almost leisurely ease. It was the first time his target was a human being and a powerful, undeniable desire, took hold of Markus. He sought out a young man with a bright blue shirt and brown pants, short curly hair, the ebony skin lighting up in the late afternoon sun.

With angry fists the black man was banging on the doors of the warehouse where the white men who had raped Gabra Telahun Ketsela were hiding. The distance was too great for Markus to hear what his target was yelling, but the degree of distress he displayed made clear he must be related to the girl.

Markus kept him in sight, following his elegant moves, the slim, tall body; pure anger in a naked soul. He took in every detail of the man and his entire life sprang up before him. How he had walked barefooted through deserts in his homeland, sat cross-legged in front of the family tent, drinking coffee, laughing, discussing the world. This was an intelligent man.

Born under different circumstances, in another country he could have been a doctor or a lawyer. But now he wasn’t going to be either, ever, anywhere. This nameless Ethiopian would have to pay for all Markus had never achieved himself, because he too was born under circumstances that could never lead to a better life. As he fired, Markus became one with the man that fell. He fell with him. 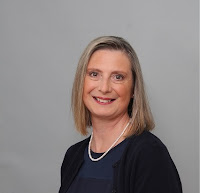 Hannah Warren was born in Paris (Fr.) in 1956 as a second child to a Dutch father and an English mother. She has lived in The Netherlands almost all her life but maintains strong ties with her own favourite triangle: France, UK and Holland.

Hannah studied Dutch literature and Mass Communication at the University of Amsterdam and later obtained a B.A. in English Literature and Language and a B.A. in Translation from Rotterdam University. After having been a lecturer and a translator for many years, she now works as a staff member at the International Office of HZ University of Applied Sciences in Vlissingen.

Her free-time is taken up by writing fiction and doing Yoga. She also likes going on long hikes while listening to audiobooks. After having been a single mum for nearly two decades, her three children have flown the nest. The great sadness that befell Hannah in March 2014 was the loss of her eldest child, daughter Joy, who died after an intense two-year struggle against bile duct cancer. Currently her second child, son Ivor, is fighting a brain tumour. Her whole life and the future of her children (-in-law) is totally upside down. Writing fiction is Hannah’s main outlet in her grief.

From the age of 8, Ms Warren has written poetry, novels and short stories but it took her over 50 years to become a published author. In the past four years she signed with two small Indie publishing houses, who released Hannah’s first two novels, a literary romance and a suspenseful family saga. She is currently writing the sequel to the second book and also a five-book series about five generations of daughters between 1876 and 2015. Hannah found her niche in writing fictional stories about strong women who lead challenging lives.

Hannah is very happy to have been accepted by the Irish publishing house Tirgearr Publishing in March 2015. On 22 May Tirgearr published Hannah’s two earlier published books Casablanca, My Heart and The Cottage on The Border, first book in The Jenna Kroon Series.