Straight Chatting from the Library: Stardust Dreams by S.B. Redstone

This post is part of a virtual book tour organized by Goddess Fish Promotions. S. B. Redstone will be awarding a $25 Amazon or Barnes and Noble GC to a randomly drawn winner via rafflecopter during the tour. Click on the tour banner to see the other stops on the tour.

Tarzan is the first book I remember reading on my own, and I enjoyed it, but I don’t know how old I was at that time. You didn’t ask, but my least favorite books were every book I was forced to read in school from through college. In my day, the books I had didn’t relate to my age. To a teen they were uninspiring and boring along with my teachers’ lectures. I told an English professor that an obscure D. H. Lawrence book was boring and he no longer looked in my direction for the rest of the semester.

Stephen King’s Salem Lot. He was sort of my mentor. Great use of language. Set the mood. Set the action. Described the scenes with much emotion. Great plot. He ingeniously didn’t create one vampire, he turned the whole town to vampires.

Stardust Dreams is a romance centered around an alien world.

I can read on an electronic reader or a book. Doesn’t matter to me. I am so used to writing directly into the computer that reading from it has become second nature. However, I do like the look and feel of a solid book.

I write one book at a time. But, I have about ten books circulating in my mind at all times. When I am completing a book, I then pick the best of them, and ready it for my mental production.

I have never bent a page in a book to mark my place. I will not read a book from the library with bent pages. That is so rude. And destructive. I tend to place any piece of paper to mark a page. That is why I never lend a book. First, I don’t want it damaged. And second, I want the author to receive compensation. Books from the library I will recommend to friends.

Cover Of Snow. I read this book by chance. I was at the library and saw it. I know its author. She runs a program at the Thriller Writers Association and she was a help to me. She is an author with a literary agent and publishing contracts with a major publisher. She has hundreds of fans. Curiosity had me take her book home. However, for me, I couldn’t get through the first twenty pages. It appeared confusing and disjointed, a style that doesn’t work for me. Thinking that I could be reacting in a competitive manner, I gave it to my wife to read. After a few pages, she said, “return it to the library”.

When I was young I enjoyed adventure stories and mysteries. Later in life, I tended to read horror. But now I love a good romance if it has an interesting plot. I write in many genres and I love them all. So far, horror, mystery thriller, romance, paranormal romance, science fiction, and comedy.

Shakespeare’s plays I have read many times, but not novels. With that said, I can read my own stories a hundred times in its edits and love them each time I read them. For research of style, grammar, and language, I do read certain authors repetitively.

A boring plot. Boring characters. Boring start. Don’t tell me your book is a suspense thriller and then start with a whimper. I am not reading fifty boring pages, waiting to get into the book. It’s my problem. I have no patience for slow and steady. I love a big bang!

Lance Forrester is a dreamer. After a celebrated career as an astronaut and engineer, he and a friend build a secret spacecraft to seek their destinies in the stars. But his friend dies and Lance is diagnosed with terminal cancer. Desperate not to succumb to his fate, he convinces an acquaintance, ailing actress Sage Saint Claire, whom he hasn’t seen since high school, to join him on his quest to reach an advanced alien civilization which can heal them both.

Unfortunately, true life is not a Hollywood movie, as much as Sage might want it to be, and problems abound. Mistakes in the past have turned Sage into a bitter old woman, and she turns out to be a less-than-perfect traveling companion which no amount of optimism, youth, or good health can cure. Can these two intrepid octogenarians-turned-immortals overcome the emotional scars of their pasts and achieve true happiness, or are they doomed to suffer for their mistakes, no matter how far from Earth they go?


I knew that the truth in my heart reflected in my old, weary eyes. “Yes, I do. Look, I’m no slick-talking salesman, as you can see. I’m just a scientist and engineer, but I truly believe there is a statistical probability of success. But even if I’m wrong, and our voyage ends up to be pointless, so what? Think of the fun you’ll have. Imagine the excitement and wonders of space travel that come before our long sleep.”

I paused to dramatize my resolve and let a burst of quixotic energy erupt from me. “Cherish the adventure!”

It wasn’t her fears that I was battling against, but a lifetime of distrust. My confidence in a successful mission collapsed.

“Of course, you have no reason to believe a word of what I’ve told you. You don’t really know me, except through my noted accomplishments. But I can’t disappoint you because I’m only offering friendship and hope.” I pushed my point harder.

“Sure, we can die here on Earth. We can die in space. Or we can awaken on a remote and caring world that saves us! We are the captains of our fate, not the Grim Reaper—yet!” 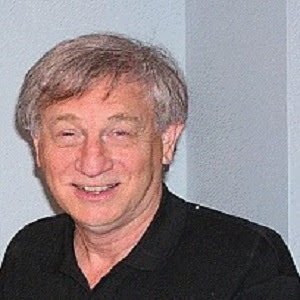 Steven Rosenstein, penname S. B. Redstone, had a career as a school psychologist and private practice Licensed Clinical Social Worker on Long Island. Always seeking the truths of human nature, he wrote a personal improvement book, Taming Your Inner & Outer Bullies: Confronting Life’s Stressors And Winning, published by New Horizon Press Books. He has written articles on human nature and relationships, given lectures, and appeared on radio shows. Always having a vivid imagination, he first became a successful writer of short stories. His mystery thriller, A Sinister Obsession, was published by Black Opal Books. As an expert in the field of human psychology, he has an exceptional ability to develop realistic and exciting characters in his novels. Many of my characters have been taken from his clinical experiences. Stardust Dreams is his first romance novel, although romantic relationships stand out in his other works. He is a member of the International Thriller Writers Org and Romance Writers of America. He resides with his wife in New York and Florida.

Buy the book at Amazon or Black Opal Books.