This post is part of a virtual book tour organized by Goddess Fish Promotions. Cristelle Comby will be awarding all four books of the series, signed by the author (International Giveaway) to a randomly drawn winner via rafflecopter during the tour. Click on the tour banner to see the other stops on the tour.

Absolutely not. I get car-sick almost immediately. I never understood how some people can do it. If I don’t keep my eyes on the road, my stomach does weird things.

Engaging characters. They have to be well defined and grow throughout the book. I also love the occasional bout of humour.

If something about the book truly surprised me. If some element of the story was new… something I’d never read before. It can also be excellent writing.

How often do you agree with critics about a book?

I don’t really read the critics. We all have our own personal taste. What works for some, may not work for others. When choosing a book, I really on the blurb and cover.

Japanese, because I read a lot of Manga when I was a teen. I only got translations of course, but it’d be fun to read them in their original language.

Stephenie Meyer’s The Host. I was looking forward to it, the story sounded interesting and I had enjoyed the Twilight series (the books, not the films). But The Host was just so damn slow. I tried to like it, I really tried, but I gave up at chapter 15. I never really connected with the characters and those longue-winded monologues just killed me.

Gary Sinise’s Of Mice and Men – it’s the only film that’s ever made me cry. The Swedish adaptation of the Millennium trilogy is also very good (true to the tone, but simplified a lot).

Blade Runner. Don’t get me wrong, it was a good film, a really, really great film… but it had little to do with the book it’s based on Do Androids Dream of Electric Sheep. Both book and film are enjoyable, but they each live in a world of its own. 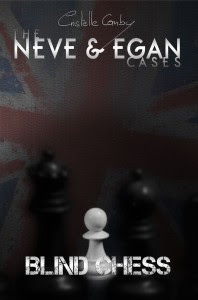 It is supposed to be Neve and Egan. Two partners, a team. What happens when a member of this team of Private Investigators is shot, prognosis unknown?

As Alexandra Neve lays comatose and defenceless, Ashford Egan must take on their enemy alone, and find the cagiest criminal Scotland Yard has seen in decades. Determined to succeed, Egan will stop at nothing. He’ll hit on married women, plant bugs, hire hitmen. And he’ll do it all blind, which makes things ten times as difficult.

Double-crossed by friends, convinced there is corruption in those sworn to uphold the law, Egan is forced to form unlikely alliances as he moves forward in a game that requires skills, nerves of steel, and a willingness to play against all odds.


A gentle wind is blowing, but it is too cold for the leaves to carry any scent. Seconds tick away, as I wait.

A few minutes before the half hour, I hear the whining of the Lantesks’ garage door and soon after the rumble of a car engine coming to life. Mrs Lantesk is on time to go to work.

Ten feet long the old woman had said of the gravel lane. It isn’t much and I count the seconds after I first hear the crunching of gravel under the car’s tyres. On three, I take a large step forward, bracing myself for the impact I know is coming.

An instant later, the front of Mrs Lantesk’s car hits me on my right side and I fly to the ground, instantly losing all sense of direction. Up is down, down is left and I am only certain of one thing.

Turns out, no matter how ready you are for it, no matter how much planning is involved, or how carefully you give in to the motion and roll to the floor to absorb as much of the momentum as possible... getting hit by a moving vehicle hurts.

The car comes to an abrupt halt an instant later, tyres screeching against the gravel. The engine dies and I hear the car door open. It is followed by a steady stream of feminine and high-pitched, ‘Oh my God, oh my God, oh my God.’

Monica Lantesk must be wearing heels for I hear her feet tapping the pavement as she hurries towards where I lie sprawled.

‘Are you all right?’ she asks in between another chortle of oh-my-Gods.

I am, for the most part. I’m not seeing stars or anything and I take quick stock of the situation. Nothing seems broken; my glasses are missing, but I still have my cane in hand. I push myself up on one elbow and make a show of moving the cane about in what I hope is a dazed and confused manner. There is another wave of oh-my-Gods, as the woman realises I am blind and she starts to pat me awkwardly on the shoulder. 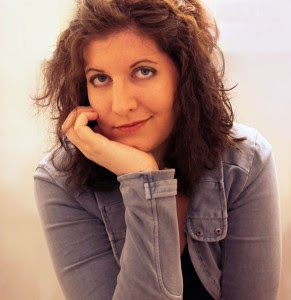 Blind Chess is her fourth new-adult novel in the Neve & Egan series.