Straight Chatting from the Library: Take Me to the Willow by Shelly Brimley

What are your favorite TV shows?

What is your favorite meal?

If you were to write a series of novels, what would it be about?

- I think it would be rewarding to write a series about kids who have been trafficked into the USA. While they certainly share some common themes, each story is unique. I’d like to write it as historical fiction rather than documentary style.

Is there a writer you idolize? If so who?

- Idolize is a bit strong, but I really like Nancy Turner, Annie Barrows and Mary Ann Shaffer, Caleb Carr, and Camron Wright, just to name a few.

How did you come up for the title of this book?

- I actually changed the title at the last minute. I wanted the willow tree to be highlighted, but not for what might seem like the obvious reason with reference to the associated tragedy. The willow tree means different things to different characters throughout the entirety of the story. Take Me to the Willow can imply wanting to return to fond childhood memories, or it could suggest a desire to confront the heartache that took place there. I wanted it to be open to interpretation depending on whose perspective is being considered at any given time.

In defending his life-long friendship with Charlie, Will may have inadvertently had a hand in the growing chaos that leads to the horrifying night when his familiar world is shattered.

When Will Wright, the eighteen year old son of a small-town Arkansas sheep herder in 1905, begins reading his mother’s journal, he is inspired by its startling content to start putting his own experiences to paper for posterity. An unsophisticated but principled young man, Will is becoming increasingly aware of the hatred that exists in the world. When he begins his own journal, Will can’t know what events are to take place in the next five years – from his mother’s battle with a life threatening illness, to his embarrassments of learning how to be in love for the first time, to witnessing Charlie’s fate at the hands of the bigoted townspeople. While part of him wishes the pain in those pages didn’t exist, he knows that the original purpose for keeping the journal has been realized - to show his kin how he became the man he is. He will probably never go back through and read again the pages he’s written, but someday, someone will, and they will see that along with the hurt, Will’s life had been one that knew true joy, absolute love, and undying friendship.

I’ve only been in this cell for three days, but it feels like a might lot longer than that. I know what I did wasn’t considered proper by most folks down here in the South, but I don’t regret doin’ it. And I’d do it again, if I had the chance. Charlie never did anything wrong. He’s just colored. Not much he can do about that, and even if he could, I suppose he wouldn’t want to anyhow. I didn’t feel it right that Charlie be ignored when all he came to do was buy feed and tools like the rest of us. So when Eli Carver said he don’t take no “colored” money, I thought it best to point out that he must be blind as a bat since Charlie’s dollar and my dollar are both the same shade of green. And when I held the two right in front of Mr. Carver’s face and politely asked him to show me the difference, he later told Sheriff Coleman I was threatenin’ and causin’ a disturbance. When I heard that, it just made my blood boil, and I decided Eli Carver needed to be taught a lesson. I went back to that store, although Charlie tried to get me to leave it be, but the next thing I knew, I was holdin’ Eli a foot off the ground against the door to his very own supply store. If Sheriff Coleman hadn’t been right there, I might have been able to argue my side, but there’s no point arguin’ against proof and common sense. Besides that, Sherriff Coleman is known for his feelin’s about colored people, so I knew I was beat before I started. I suppose I just didn’t care. 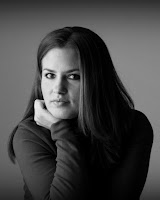 Shelly Brimley was born in Flagstaff, AZ, where she lived most of her life until moving to Mexico to study abroad. After graduation, Shelly did some volunteer work in Africa and completed her graduate degree while working in an adolescent drug treatment center. After acquiring her Master’s degree, she worked as a counselor at a residential shelter for children who had been smuggled and trafficked into the USA from different countries around the world. She also taught English to adult refugees before resigning to raise her children. Shelly wanted to use her experience working with others as a source of inspiration in her writing, offering a voice for those who are not typically heard or considered.