This post is part of a virtual book tour organized by Goddess Fish Promotions. R.F. Dunham will be awarding $20 Amazon or Barnes and Noble GC to a randomly drawn winner via rafflecopter during the tour. Click on the tour banner to see the other stops on the tour.

What are some of the challenges faced when re-writing history to fit the story?


Thanks for the fantastic question! You’ve hit on one of the main challenges of writing alternate history. It was an especially big obstacle in the writing of The Other Side of Hope because the point of divergence (the thing about the past that is different from “real” history) is so far removed from the time of the story. That left a lot of space for things to change!

In order to fully answer your question, let me give just a little bit of actual history. That way we can make sure everyone knows where we’re starting from. The point of divergence for The Other Side of Hope is the Battle of Tours, fought in France in 732 A.D. In real history, Charles Martel led the armies of Christian Europe and defeated the invading Muslim forces under Abdul Rahman Al Ghafiqi. This battle is viewed by many historians as the event that halted the Muslim advance into Europe. Muslim armies had invaded Spain from North Africa and continued working their way north. After Tours, they never made it any farther.

But in the world of The Other Side of Hope, Charles Martel did not win that battle. This history is only vaguely referenced in the book itself but the effects of it are felt everywhere. There were countless things to consider when rewriting the history. I started with the assumption that the Muslim armies would go on to conquer Europe. This of course alters the history of the entire western world. The Renaissance, the Colonial period, the American Revolution; everything is different. One of the first things I did was sketch out a brief history of what we know as the Americas. Because with no Colonial period, I needed some other way to get my characters that were supposed to be on this continent across the ocean.

One of the most interesting issues I ran across was language. Because history shapes language so much, the overall linguistic situation of the world is going to be vastly different. I started by thinking, “I’ll just have Arabic or maybe Turkish be the dominant global language, and the characters in the ‘Americas’ will speak English.” Then I realized that in this timeline, there would be no such thing as English! If the British Isles have a different history, there’s no Saxon invasion, no French occupation, none of a dozen other events that shaped the English language into what it is today. So, while I did end up designating Turkish as the world’s lingua franca, I had to come up with an entirely different set of languages for the Christian characters. I didn’t do any Tolkien-level language creation, but I did put a lot of thought into what the languages of a fractured America settled by Christian refugees from Europe would be like. I ended up with a patchwork of languages and dialects that are a blend of Germanic, Romance, and Native American languages all held together by a regional trade language. None of those language exist in full detail, of course. I just have a general idea of how they sound and which ones are mutually intelligible.

The core of the challenge with all of this history re-writing is to make the world of the story feel real. I found that the best way to do that was to focus on the small details and how to reveal them in a natural way. That will pull readers into the story more than spending pages reviewing my fictional history. So I was constantly looking for those subtle ways to hint at the different culture by referencing wars that didn’t “really” happen and mentioning the cultural practices that define my fictional society. The temptation is to spend pages and pages spelling out the alternate history and made up culture. But that forces readers out of the story instead of pulling them in so I had to find more subtle ways to work it in. One cultural detail that’s important in the story is the naming of children. But there are no paragraphs explaining this practice, just passing references that assume it has a pivotal role in the culture. That way, you learn it’s important without getting a history lesson.

Those are just a couple of examples of the difficulties I sorted out while creating this world. Honestly, there are hundreds of more implications that I never worked out. I could go into much more detail about why the Battle of Tours had such a different outcome and what happened in the years following. I could focus more on the effects this timeline would have on the rest of the world. The possibilities are almost literally endless. My editor did in fact suggest that I write a story based on this alternate Battle of Tours and its immediate aftermath. At this point, I don’t have any plans to do that, but who knows? If enough people really want to read that story, I just might consider it!

In 732 A.D., the Frankish and Burgundian forces led by Charles Martel defeated an army of the Umayyad Caliphate led by Abdul Rahman Al Ghafiqi and halted the Muslim advance into Christian Europe. At least, that's what happened in the world as you know it.

Step into the world of The Other Side of Hope, where the world as you know it is turned on its head. A world where Charles Martel fell on that field south of Tours, France and was never given his nickname, "The Hammer." A world where Europe came under Muslim rule and Christianity was eventually forced to flee to the shores of a distant land in search of religious freedom. A land where, without support from European colonial powers, they found only conflict and poverty.

In the modern day, this world remains divided. The wealthy Muslim East and the poverty-stricken Christian West are constantly at odds. A single spark is all it takes to ignite fresh conflict and the cycle seems never-ending.

Follow the paths of Ethan Lewis and Hamid Damir as they are put on a collision course with the other side. Will they find hope for a brighter future or be lost in the despair of intractable conflict?


When Ethan saw Elisa turn the corner, his eyes lingered on her face for only an instant. The familiar details of her delicate features filled his mind at once and he wondered how they could have ever become blurred. He would have focused on those features longer, much longer. Would have memorized every inch of her face, from the curve of her cheeks, to her soft nose, to the gentle slope of her chin, to her soft red lips, and shining blue eyes.

He would have stared for hours and maybe he would have never left again. But his eyes were immediately drawn away from her face and to her belly, which was large and round.

Ethan stared at her pregnant stomach for a heartbeat that stretched on endlessly. He blinked once and then hot anger, augmented by the sharp pain of betrayal, flared. He’d been gone for months and she’d gotten pregnant with another man’s child while he was fighting for their future.

He took a step toward her and she must have seen the rage in his eyes because she rested a hand on her stomach and backed away. Seeing her fear broke through Ethan’s anger and he stopped.

“Is it…?” he asked softly, almost breathless.

Elisa nodded once, just a small dip of her chin and Ethan knew it was true.

It was his child she was carrying. He was suddenly ashamed that he could have ever thought anything different. Elisa would never betray him.

Even though the revelation of her pregnancy was a shock, Ethan had to admit that it was possible. He hadn’t truly even considered the possibility that it would happen, that she would become pregnant before they were married. Or maybe he had just assumed that it wouldn’t matter if she did, that they would be married either way and no one would ever know the difference.

Yet here they stood.

Ethan stood just inside the doorway, wrestling with feelings of desperation and duty. Elisa at the end of the hallway, eyes wide with a potent mixture of fear and hope.

Ethan held those eyes with his own for a moment longer, then came to his decision. “I’m going to Turkey. Today.” 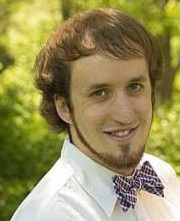 R.F. Dunham writes with one purpose: to take you places you've never been before. That might be a distant fantasy land, the far reaches of space, the future of earth, or simply to an idea you've never encountered. A student of language and culture, Dunham's stories will pull you into complex worlds that challenge your perception of your own surroundings.

After working for over two years as a professional ghostwriter, the time has finally come for him to release his first full-length novel published in his own name, The Other Side of Hope. His short story, “Just a Drop,” was recently published in Nebula Rift Science Fiction magazine and an interactive version of the story is currently in beta testing. When he’s not writing, R.F. can be found playing the trumpet, writing his thesis in Arabic linguistics, or hiking in the mountains of Virginia.