Straight Reading from the Library: Cryptogram Chaos by Linda Covella

This review is in conjunction with a virtual book tour organized by Goddess Fish Promotions. Linda Covella will be awarding a $25 Amazon or Barnes and Noble GC to a randomly drawn winner via rafflecopter during the tour. Click on the tour banner to see the other stops on the tour.

What if you were 8, or 11, or 14, and you could race cars at 150 mph, bungee jump, fly, eat all the ice cream and candy you wanted, or become powerful avatars such as Robobug, Kulshedra the dragon, and Altai, the gryphon avatar?

All this and more is possible in the ultimate virtual reality game The Cryptogram Connection created by 14-year-old computer whiz Cody Reynolds and his two classmates, Nicole Nash and Kerry McCorkle. To advance to different levels in the game, players must solve cryptograms, or secret codes. (Readers also get to solve the cryptograms.)

They create their game to be used with the latest VR technology developed by local game manufacturer NuVision Games–a headset with biosensors that transmit signals to the brain, fooling it into tasting, hearing, feeling, seeing, and smelling what was programmed into the game. The games are as close to reality as reality itself.

The game becomes every kids’ virtual dream, and Cody, Nicole, and Kerry, besides becoming national celebrities, make more money than they ever imagined. But The Cryptogram Connection turns into “cryptogram chaos” when an evil presence inhabits Zazar, the laser avatar and the most powerful, and takes control of the game. It’s up to the three partners to enter the game and fight Zazar to save the gamers from virtual—and real—disaster.

What a fun book! The middle-graders and younger YA readers in The Library will really enjoy it. The characters are just like kids you might know-- and the relationships ring true. I loved the fact that the main characters, in working together, get to know each other as more than just "nerdy kid" or "most popular girl in school" and get to become friends.

The puzzles that the players need to solve are included in the book, so readers have the chance to solve them as well, if they like. They start off simple, but get progressively more difficult, just like in the game.

The game itself would be awesome in real life! Although designed for kids, it's not long before even adults are playing it--and I can certainly understand why. It sounds like a wonderful game--and the idea of having adventures in a virtual world without fear of being hurt.

This is the first book I've read by Linda Covella, but it won't be the last. I love the way she makes learning (life lessons AND puzzles) fun along with a story full of adventure and excitement. 5 stars.

I stood in front of a racetrack. One car roared around the track: Nicole was already at it. Empty cars waited at the start line, and I picked a flame-red car with a glassy shine, long in front and hugging the ground. I sank into the leather bucket seat and closed my eyes. Yes! My brother let me drive his Mustang around the parking lot a few times. But this. This was too awesome.

I stepped on the clutch and turned the key. The engine rumbled to life. I gripped the steering wheel with my left hand and closed my right one over the stick shift knob. The engine’s power vibrated against my palms.

I eased up the clutch and pressed down on the gas. The car rolled forward. My shoulders tensed as I peered through the windshield. I pushed the gas pedal to the floor. The car jerked then blasted onto the track, slamming me back against the seat. The car wavered down the straightaway. Come on, man. Get it under control. Tightening my grip on the steering wheel, I shifted into second, then third gear.

Okay. Time to go for it.

I shoved the stick shift into fourth gear. The tires screeched as I banked around the curved track. Back on the straightaway, I gave it more gas and shifted into fifth gear. I floored it, and the car shot down the track. My scalp prickled as I glanced at the speedometer. 80—100—120—One hundred and fifty miles per hour! 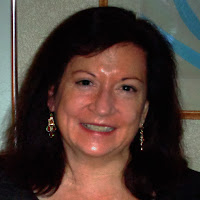 Linda Covella’s varied background and education have led her down many paths, but one thing she never strayed from is her love of writing.

In writing for kids and teens, she hopes to bring to them the feelings books gave her when she was a child: the worlds they opened, the things they taught, the feelings they expressed.

Linda is a member of the Society for Children’s Book Writers and Illustrators (SCBWI).

She lives in Santa Cruz, CA with her husband, Charlie, and dog, Ginger.