This post is part of a virtual book tour organized by Goddess Fish Promotions. Phillip Cornell will be awarding a $25 Amazon or Barnes and Noble GC to a randomly drawn winner via rafflecopter during the tour. Click on the tour banner to see the other stops on the tour.

The Importance of World Building and Character Development in Stories

I believe character development is easy for me. I say this, because you cannot go out of your way to describe a character. You have to let on just enough to get the reader interested, then throughout the story fill in the personality. My favorite way to do this, is to explain why the character is acting the way they do, during a situation.

An example, would be the use of flashback during the progression of a situation. The flashback shows why the character is having that specific thought process, during the current situation. Also it is good to remind readers of the characters physical appearance from time to time. Constantly seeing a visual picture, helps the reader to become connected. Lastly explaining the thought process of a character, helps the reader to relate to the character above all things. If the story is relatable, then it undeniably with be a good story.

World building is a beast in itself. I have learned that at first it is OK to be very descriptive about the surroundings, but once that is over you need some action. Setting the stage is very important, and you have to be careful not to lose the reader trying to explain something. I actually struggle with this from time to time. I get so caught up in describing a scene that I wear the reader out. But once I create the setting, there is nothing but greatness that follows.

The reader has to know how things are moving, and work in the contexts of the book to understand the full story. That’s why you have to pack the substance of the story into the post imagery segments of the writing. Overall character development and world building, needs to be established in the beginning and most definitely the middle of the story. There is nothing worse than a reader being lost, and the story is almost over.

A man, his mother, his sister, his granny, his niece, and his nephew make a trip to Memphis Tennessee for a family reunion. During the course of the trip, the family encounter a series of circumstances that mold the trip into an unforgettable experience. Through the arguing and internal bickering within the group, they come together and strengthen the blood bond they share with each other. Reflecting on each and every situation encountered, the man realizes the trip is an overall social, emotional, and educational journey.

Ardella went into the women’s restroom, and I waited by the sculpture until she was done. While I was waiting for Ardella, I lost track of Mike. I knew he had not gone far, but I could not see him. All of sudden a crowd of people rushed into the court! Most of the women ran into the women’s restroom, and some of the guys ran into the men’s restroom. I stepped out the way of mob. I assumed someone had gotten shot, but I did not hear a gunshot! After 10 minutes of chaos, Ardella found me standing by the sculpture. She asked me what happened. From her vantage point, she just saw a bunch of people rush into the restroom while she was inside of it. I told her I was not sure, but I did not hear a gunshot. Ardella shrugged it off, and we found Mike and his friend by the barbeque stand.

Mike’s friend told me that the barbeque stand, I was standing next to, was the best barbeque in Memphis. My initial observation of the food stand was that it was nothing but Africans cooking food. I was not sure if I wanted to eat there, but after short consideration, I decided to roll the dice and give it a try. I stood in line, with Ardella, waiting to be serviced.

Before we got to the front counter, I asked Ardella what she was eating. Ardella usually eats clean, and does not eat greasy fattening food. This night she had been drinking, so she was fine with taking a break from her usual eating habits. She did keep her strict policy of not eating pork. This cut her options of food drastically! She was restricted to about 5 items on the menu. I felt bad for her, but it was her choice. I personally did not plan on giving up pork until I was 30 years of age. Ardella got some chicken, and I got a pulled pork sandwich. 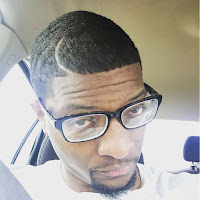 Phillip Cornell is a college graduate. He gained his degree in Biological Sciences, and currently works at a local pharmacy. He is the only son of Harron and Connie Cornell, and the youngest of 3 children. In 2006 his father passed away due to colon cancer, and his mom became an inspiration to him and his family in the way she supported everyone. He has a passion for all types of competitive activity, with sports being the favorite. Overall he lives for different experiences to stimulate the mind, and firmly believes that life is something that has to be lived, read about, and dissected. His biggest weakness is beautiful women, and the thought of being a failure. Firmly believing everyone deserves their moment no matter how long or short it is, Phillip listens to anyone who has something to say. The more he writes. The more he realizes what he creates, is something that needs to be shared with someone other than himself.