Straight Browsing from the Library: Texas Heat by Gerry Bartlett and Four Nights at Sea by Demi Alex

This post is part of a virtual book tour organized by Goddess Fish Promotions. The authors will be awarding digital copies of both books on tour to a randomly drawn winner via rafflecopter during the tour. Click on the tour banner to see the other stops on the tour.

Cassidy Calhoun can't believe she's the secret daughter of an oil billionaire. This small-town Texas girl with student loans by the barrel has never gotten a thing she didn't earn for herself.

The terms of her late father's will say Cassidy—and her newfound spoiled half-siblings—must work a year at the family's floundering business before they inherit a dime. Too bad the only thing Cass knows about oil is that it makes the junker she drives go.

Mason MacKenzie, the evaluator for their test, will help her get up to speed. Or will he? Mason is a boot-wearing, truck-driving Houston hottie who runs Calhoun Petroleum's biggest rival. The sparks between him and Cassidy could combust any minute. But the closer they get, the more strange near-accidents Cassidy seems to be having. And Mason has plenty of reasons to play up their attraction for his own benefit.

If she can trust him, the two of them working together might save a crumbling dynasty. But if she can't, Cass might just lose both her fortune and her heart . . .

Charlene “Charlie” Stanton doubts her maiden voyage on a lusty singles cruise will direct her sails toward love. But an unexpected lothario just might change the tide in her favor . . .

Charlie boarded the Cozumel-bound Lovers Sail cruise hoping for nothing more than writing an article that would make it into the pages of City Wings, a trendy travel magazine. Still recovering from a highly publicized divorce, love is the last thing on her mind—especially when she realizes she’s mistakenly booked herself a spot on a kink cruise. That is until she meets Ford, an outsider just like her, and he whips her attitude into submission. Despite rules limiting their interaction, he shows her a world where pleasure is encouraged, and nothing is forbidden. And with Ford as her anchor, she begins to wonder if she can turn four nights of fantasy into more nights of reality when the trip is over . . .


READ AN EXCERPT FROM TEXAS HEAT


Cass found him studying the book collection on the shelves in the living room. He looked good, like a normal guy, in cargo shorts, a T-shirt, and leather flip-flops. Great muscled legs. No surprise there. His shirt hugged that amazing chest, which surely came from regular workouts. Was there any part of him that wasn’t perfect?

Of course there was. He was arrogant and thought he could make a play for her and she’d fall at his feet. Then there was the way he steered her around like she couldn’t make a move without his guidance. Hah! She was Cassidy Calhoun, the woman who’d worked her way through school without anyone’s help. Certainly without a boatload of money. She was tough. More her father’s daughter than anyone knew. And she’d prove it to all of them.

She stiffened her spine. She could resist Mason’s charm and male beauty. If he thought he could steer her right into an affair and to be his inside woman at Calhoun Petroleum, he could think again.

“You want some water or a beer?” She might be tough, but she did have manners.

“Those books aren’t mine. I haven’t had much time for reading anything but business texts since high school.” Which was sad but true.

He held up a self-help book on finding love. “You’re not looking for love?”

“Nope.” Cass grabbed her purse. Did he really think she was going to fall for that stale routine? “Let’s go.”

“Wait a minute. I don’t believe you. I know women. They’re always looking.” He picked up his bag. “Seriously? Not interested?”

Cass gave him a scan. Yes, she just bet he knew women. They probably threw themselves at him on a regular basis. “Not looking because I’ve already found it, Mason.” Cass opened the door and stepped outside. “You met me and came after me hard without a thought about what I wanted. Maybe when you’re after another notch on your bedpost it doesn’t matter if the woman is in a relationship.” She turned to face him. “Listen up. You’re wasting your time hitting on me. I have a boyfriend who I love very much.”

“No shit. That is a news flash. 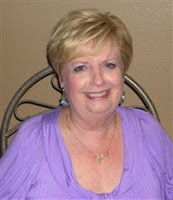 Gerry Bartlett is a native Texan and former teacher with more than twenty published novels. She lives near Houston, Texas.

Demi Alex writes steamy romances, blending emotional fulfillments of the heart and carnal desires in her work. Born in Athens, Greece, and raised in her own version of a big fat Greek life in New York, Demi was infected with book and travel bugs early, and currently admits the only therapy for this condition is to combine the two in fictional stories that allow her characters to let loose and experience all they crave. She attended SUNY at Stony Brook, and after changing her major numerous times, graduated with a degree in Public Policy and International Studies. Her characters are loosely based on people she encounters while she travels or during the time she spends matching homes to owners as a Realtor. She simply has a passion for matchmaking that can’t be put to rest.