Straight Reading from the Library: The Gathering Dark by Charles O'Keefe

This post is part of a virtual book tour organized by Goddess Fish Promotions. Charles O'Keefe will be awarding a $15 Amazon or Barnes and Noble GC to a randomly drawn winner via rafflecopter during the tour. Click on the tour banner to see the other stops on the tour.

Newly-made vampire Joseph O’Reily has rejected his vampire lover Cassandra and declared their relationship at an end. Although he loves Cassandra – and she loves him – he knows their relationship cannot survive because she places such low worth on human life and morals.

Former pirate and vampire sire Anne Bonny is bored from spending almost a century on a tropical island and makes her way to St. John’s after receiving the last thoughts of her creation, John Snow. Once in Newfoundland she engages with Joseph and Cassandra, both of them surprised to see a vampire that doesn’t wish them harm.

Joseph, who is dealing with his failed relationship with Cassandra and his new one with Anne, has forgotten a human figure from his past, Augustus Green, a pimp and murderer. Green plans revenge for the brutal beating Joseph and Cassandra gave him months ago.

The Emperor Commodus, leader of the vampire council, has commanded his subjects, Count Dracula, Countess Elizabeth Bathory and others, to swell the ranks of his evil army by creating brainwashed vampires. Hope is not lost though as other vampires secretly prepare for the war to fight for their survival and humanity’s.

Anne Bonny devises a plan that would mean the death of the Countess and replacing her. Joseph must make the decision to join Anne on his own. As his enemies gather, so do his friends, and Joseph discovers he has allies he never even knew about. The good side of the Council holds its own meeting that Joseph and Cassandra are secretly invited to.

With Anne and Cassandra at his side, they wage a desperate battle against the Countess, in the hopes of not just defeating her but striking a pre-emptive blow against the forces of evil. Joseph is ready to take on his greatest challenge yet. If he wins, good will prevail. If he fails, he will enable the destruction of the entire world. With a lot riding on him, Joseph can only hope for help from old friends and old flames alike, if he is to turn the tide of destiny.

This is the third book in the Newfoundland Vampire series and while it can probably be read as a standalone, why would you want to? Do yourself a favor and start from the beginning so you can see the growth of the main character over the stories. This is not a trilogy--there are more adventures ahead for these characters and you don't want to miss any of it!

In one sense, it is very much Joseph's story as he deals with the aftermath of becoming a vampire and coming to grips with everything that means. It is also very much a good vs. evil story as he and his friends fight against the vampires who want to take over the world.

The story is well-written, the characters fully fleshed out, and the relationships -- well, they can get interesting. Do yourself a favor-- if you like vampires, pick this one up. 4 stars.
READ AN EXCERPT

Again he found her, Cassandra. He couldn’t get her out of his head. Everything reminded him of her. He knew it was natural, they had done so much, and he had loved her—or at least he’d thought so.

He needed a break, something lighter. Taking the turnoff towards the Outer Ring Road and Memorial University, he turned on the radio, something modern for a change of pace. Tomorrow was Halloween and he would need to get some candy but for now there was sweet beer and he sure as hell wanted a drink.

He settled onto the couch and started to work on his first glass of Newcastle Brown Ale, something he hadn’t had in a while. After his beer was half gone the movie started. A Fish Called Wanda, a movie he enjoyed when he first saw it years ago, was on first.

His second beer went down well enough. The movie was about 45 minutes in and he was just about order his third beer when a thought occurred to him. This is how it all started, this is where I met Cassandra and my human life ended. It was two months ago but it feels like yesterday. Now I feel stuck.

Instantly shaking off the intoxication from the two pints, he went up to the bar and paid the tab. He couldn’t plod on as if nothing had changed, because everything was different. 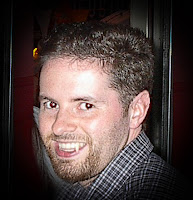 I live in the Canadian province of Newfoundland, where I am a co-owner of a beauty business. I am happily married. I also live with two cats, Jude and Elenaor (see if you can figure out the theme to the names). I enjoy lots of hobbies like walking, Pilates, writing, reading, movies, gaming, television, poker, Ingress - and, of course, vampires (not the sparkly kind!). I am massive geek, huge music lover and I go to as many concerts/plays/shows as I can afford. I love conventions (both attending and as a vendor/guest) and try to attend at least three a year. I would describe myself as Agnostic, an environmentalist and an animal lover. I also love to chat about all things geeky and I’m always up for a good chat. My first novel "The Newfoundland Vampire" was re-released by Distinguished Press in March of 2015 and the second one “Killer on the Road” was re-released in October of 2015. As of January 2016 I became a self-published author with the help of other authors at Four Phoenixes Publishing. The long awaited third book of my series, “The Gathering Dark” was released in July of 2016. "The Newfoundland Vampire" is a series of at least 4 books with the next install to hopefully arrive sometime in 2017.

The Newfoundland Vampire Book III: The Gathering Dark will be $0.99 during the tour.