Straight Browsing from the Library: HInder by Kirstin Ping

This post is part of a virtual book tour organized by Goddess Fish Promotions. Kristin will be awarding a $50 Amazon or B/N GC to a randomly drawn winner via rafflecopter during the tour Click on the tour banner to see the other stops on the tour.

Ethan SUTCLIFF is no normal seventeen-year-old, but he tries to be really hard. He is what witches call a Guardian, or a the easier term will be a Bender. Benders are crucial to elemental witches as they have the ability to bend their witches’ gifts. In Alex's case he is one of the rarest, an Earth Bender, but his witch is either dead or deep in hiding and Ethan needs to find whoever they are otherwise the witching race might be in danger.

On Ethan’s tenth birthday, exactly at the stroke of midnight, he had received his earth element. The connection between the earth and Ethan was so powerful, it had triggered an earthquake for a full three seconds.

Benders always received the full dose of their Wielders’ ability. For the next few years, Ethan would be able to wield the earth Element as well as bend it. For the next four years, we not only needed to find his Wielder, but also to keep him safe from the others.

Earth Wielders were a force of balance. They were the true leaders of all supernaturals. They had to stay pure. They carried within them the power for immense good… or if they fell, immense evil. If they lost their sense of balance, they could become Necrocretors. Necrocretors didn’t play by the rules. They broke and bent them as they pleased.

Everything Natalie and I did aimed toward keeping Ethan balanced and on the side of good.

The hardest test Ethan would face in his entire life would be if his Wielder turned out to be female. The resistance. Wielders and Benders could never be involved as a couple. And yet the pull is addictive. Strong. Even though it was against the law, many Wielders and Benders failed. I knew; I was one of them… a long time ago.

The rest of the supernaturals consisted of what humans called monsters, myths, and paranormal beings that made great characters of most fictional tales.

Ever since the jinns lost the chalice, they were no longer part of the race. When they lost the chalice about three hundred years ago, the earth Wielders took over completely. In the wake of the jinns’ collapse, there were ten who controlled everything, but one by one, they started to perish, and nobody knew why.

Lowest on the totem pole were the shifters. Once a shifter went rogue and became a Necrocretor, there was no turning back. Shifters were vicious and could turn into anyone with the same anatomy as theirs. Necrocretors loved gaining shifters.

It was why earth Wielder never reach that age, the age where their magic matures and stabilizes. The phase where they magic was powerful enough to reset the balance, to wipe the earth clean from all the evil inside the Necrocretors, from all the ugly, and to start uphold the law of not just the elements, but of all the supernaturals.

There hadn’t been someone like that in the past four hundred years.

It was why the Guardians, a supernatural human race, started with the Sentinels.

A group of five that would jump in when things get out of hand.

Sometimes I think they were a myth, as they haven’t jumped in yet. 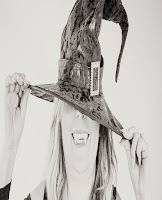 Kristin resides in South Africa with her husband, two beautiful girls and two bulldogs that tries to eat her house. She has been writing for the past eight years and her first debut novel, Hinder: A Bender's novel will be published 2018 by Fire Quill Publishing.

When she isn't writing, she is spending her time with her family, or trying to teach her two bulldogs to not eat her house. You can find more about Kristin at www.authorkristinping.com

A CHANCE TO WIN

Follow the steps and you can stand a chance to win a Macintosh laptop. It's easy.
Please note that your entry will not count if you haven't followed all the steps.

Want to win a Mac? Every two to three months, Kristin Ping is giving away a mac, all you have to do is subscribe to her newsletter, confirm to the confirmation email that will either be in your inbox or spam, and open the letter. Find the secret facebook group, join and enter the giveaway. It’s as easy as that. We even give you extra entries by inviting your friends to subscribe too. We already gave away the fist laptop.

The Ping Crate is a crate filled with goodies for readers. It’s built around the theme of the Guardian of Monster Series. The first few boxes will be built around witches. Think journals, cups, books, novelty jewelry, swag and something electronic that will push the worth of the crate up to $700 and more.

All you have to do is stay subscribed to the subscription list and open the monthly newsletter that Kristin will send out to find the rafflecopter for you to enter in this lovely giveaway.
It’s a box full of reader goodies and a surprise. Sometimes it will be a gift card if there isn’t any electronics.

Believe me it will be worth your time.

PRE ORDER HINDER FOR 99c. Yes, you’ve heard right. The pre order special is 99c only. The price will go up to 2.99 in its first month, think of it as a release day blitz, and from the second month it will go up to its normal price of 4.99c. So it’s a major deal of getting the pre-order for just 99c. GRAB YOUR COPY NOW!!!

When you purchase Hinder, you can claim your free gift through the subscriber link. Don't miss out on this amazing Pre-Order deal 'Even Witches needs saving now and then.' Use the link below: