Straight Reading from the Library: Betting on Cinderella by Petie McCarty

This post is part of a virtual book tour organized by Goddess Fish Promotions. Petie McCarty will be awarding 3 eBook copies of Book 1 of the Cinderella Romances series: Cinderella Busted to 3 randomly drawn winners via rafflecopter during the tour. Click on the tour banner to see the other stops on the tour.

Garrett Tucker inherits his grandfather's casino empire and steps into the reclusive billionaire's shoes as the "Prince of Vegas." His first act is to buy and renovate a bankrupt casino in Biloxi. When he discovers embezzling in his new operation, Garrett goes in undercover. His number one suspect is the new finance supervisor.

Andi Ryan moves to Biloxi to care for her godmother and takes a job as finance supervisor for the renovated Bayou Princess casino. She discovers someone is skimming from the till and starts her own investigation, worried she will be blamed for the theft when the new owner discovers her godmother has a costly gambling addiction.

Garrett’s rival Vegas competitor has sent a spy in to ruin the Bayou Princess, and Garrett and Andi are forced to work together to prove her innocence and discover the identity of their casino spy.

A sweet take on the Cinderella fable, Betting on Cinderella will be a hit with romance readers.  It ticks all the usual romance boxes and is a nice addition to the genre.

It hits all the notes of the original fable: evil stepmother and sisters, fairy godmother (sort of), handsome prince and there's even a ball of sorts.  The author created some distinct characters here and made the story fun.

Garrett was almost too good to be true! It's no wonder Andi fell for him, because I did, too.  Except for his secret, he had few flaws.  I enjoyed the banter and the fun, and I enjoyed the more serious parts of the plot, too, though this is very much a light book, which I appreciated.

I do think Andi's behavior at the end was a little too over the top--if you love someone, you give them a chance to explain things, at the very least.

Even so, if you enjoy a little cheesiness, plenty of fun and a fresh take on Cinderella, you'll enjoy the book.


She made a beeline for the door, and Garrett grabbed her arm. “Oh, no you don’t. I want to talk to you. I’ve been trying to talk to you all day.”

The tug on her arm lit the fuse. “Well, I’m not talking to you. Don’t bother trying to justify dating Irene, I wouldn’t believe you. She bragged to everyone in the office that you two were out till the wee hours. You’re a player, Garrett, and Irene can help you.”

“Oh, forget it.” She jerked her arm free. “You want to sleep with her? Go ahead. You made your bed, now you can lie in it. Good luck, you’re going to need it.”

Before the last word left her mouth, he yanked her up against his hard chest. “Stop it, Andi. Just stop it.”

His lips silenced her retort. His kiss gentled, though she could feel him tremble with anger. His palms cradled her cheeks, and his tongue teased at her lower lip, urging her to open for him. God forgive her, she did. She could not resist this man.

She had missed Garrett—his smile, his twinkling eyes, his glorious scent, and especially his taste. She knuckled her fingers into the curls at his nape to hold him in the kiss. His tongue caressed hers with a slow, sensual rhythm that turned her knees to water. She had dreamed of this kiss, night after night, in the month he was gone.

Had he kissed Irene like this? The dark thought chilled like a bucket of cold water. She tried to wrestle free, but he held her fast.

“The only one I need is you,” he whispered against her lips.

Her heart desperately wanted to believe him, her body wanted to sink back into another nerve-tingling kiss, and her too-wary head conjured up an image of him leaving with Irene. Just last night. The hurt and heartache roared back to life all over again.

She shoved him back, hating the tears piling up in her eyes. “I don’t believe you, and I don’t trust you.”

She stumbled for the door, and he made a grab for her. “No, Andi, wait!” 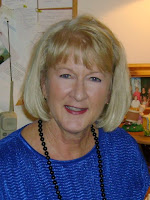 Petie spent a large part of her career working at Walt Disney World -- "The Most Magical Place on Earth" -- where she enjoyed working in the land of fairy tales by day and creating her own romantic fairy tales by night, including her new series, The Cinderella Romances. She eventually said good-bye to her "day" job to write her stories full-time. These days Petie spends her time writing sequels to her regency time-travel series, Lords in Time, and her cozy-mystery-with-elements-of-romantic-suspense series, the Mystery Angel Romances.

Petie shares her home on the Cumberland Plateau in Tennessee with her horticulturist husband, a spoiled-rotten English Springer spaniel addicted to pimento-stuffed green olives, and a noisy Nanday conure named Sassy who made a cameo appearance in Angel to the Rescue.