This post is part of a virtual book tour organized by Goddess Fish Promotions. Aidan Russell will be awarding a Kindle Paperwhite (INTERNATIONAL) to a randomly drawn winner via rafflecopter during the tour. Click on the tour banner to see the other stops on the tour.


“The Eternal Lord exacted a price:
Cain got no good from committing that murder
Because the Almighty made him anathema
And out of the curse of his exile there sprang
Ogres and elves and evil phantoms
And the giants too, who strove with God
Time and again until He gave them their reward.”
-Beowulf

From that quote was born the idea for a new fantasy realm where I could write stories of adventure and peril and pointy-eared creatures. Well, and this one as well:

Shortly after I put down The Return of the King for the first time as a spry, young teenager, I pulled out a sketch pad I had lying around my bedroom and drew a map. Several friends and I, having not yet delved into the world of Dungeons and Dragons, had been actively role-playing on AOL chat rooms for sometime, and I needed a world of our own to carry over our adventures into. That’s when I started the map. After the map, I had to fill the world with people, cities, and history. I started with the above quote from Beowulf.

What if the Land of Nod, to which Cain had been exiled, was filled with all the magical creatures of the fantasy genre? What if Cain begot not only human children, but as punishment murdering Abel, Elves, Ogres, and all sorts of other creatures were brought into the world too, just as Beowulf’s author wrote? From there, I started to build my world.

Worldbuilding has become a topic of utmost importance in the past several years within the science fiction and fantasy genres. Even those stories set on Earth must be built up to show the reader the differences between the world in which we live and the world of the distant or not-so-distant future. Readers expect to be presented with a world that feels “lived in.” Many, in fact, demand it.

The greatest contributor to creating my fantasy realm and giving it that “lived in” feel was one that I wouldn’t recommend to the average writer: procrastination. Remember how I was a teenager when I drew that map? Well, I’m well into my thirties and the first book of my series, Road of the Lost, will finally be published. Why was procrastination such a huge contributor? Having this world swirling about and living inside my head allowed for it to develop its history and cultures. Years of having random “Ah ha!” moments on how the people interact, what they eat, the influences on their cultures and religions, and all the other things that fill a world made it easy to conjure all the imagery and niceties required to make the world feel like people actually lived there. Alas, I would not recommend procrastination to any author who wants to publish their work within the same decade they come up with their idea for a story.

Despite the years spent conjuring the Land of Nod within my head, the most efficient contribution to the worldbuilding is none other than sitting down and writing. So far, I’ve written two novellas set in Nod that take place outside of the current Judges Cycle series. Both of these forced me to create new characters and explore new places. All those places I drew on the map? Why must the characters go there? That long list of gods I made for the different religions? How do they differ from each other? How do they differ from the religions and deities we know in our own world? For the most part, the characters eat typical, medieval fantasy food. But when they don’t, what about the meal is different and why? If I’m lucky, I’ll answer these questions while out running errands or working the day away. If I’m even luckier, I’ll jot the idea down. But when I’m seated behind the keyboard, face-to-face with my characters and the world they inhabit, I’m forced to build and develop that world around those characters and their conflict.

Let’s take a moment to discuss characters and conflict. Your characters and the conflict in which they become embroiled are the story’s backbone. No matter how many interesting details you build around your world or how much history you create, the reader won’t care if you don’t make them care about the actual story that’s taking place as they read from one page to the next. As I stated in the beginning, worldbuilding has become very important to readers of speculative fiction in the past years.

Unfortunately, there is no shortage of writers who have put so much of their effort into building a believable and intricate world to capture the reader’s attention, but failed to include characters the reader cares about and then place them in a crisis that sufficiently makes the reader hope the characters and world come through in one piece. (Usually. I’m sure there’s plenty of stories that make the reader want the characters to suffer and the world to burn).

Brandon Sanderson, lauded for his amazing worldbuilding skills, said during a panel at Phoenix ComicCon 2016, one of the keys to worldbuilding is to go “deeper, rather than wider.” What he went on to explain was that many speculative fiction authors spend a lot of time and effort trying to think of every conceivable aspect of history, culture, government, economy, and day-to-day life. Instead, authors should focus on a few aspects of the world that relate to the characters and their conflict, then drill down into those aspects until they feel complete and integral to the story. For example, few readers will be completely interested in the minute details of wheat farming, the grain economy, and bakery licensing. But, a single bread recipe and its significance to your characters, their culture, and their religion, such as unleavened bread’s significance to the Jewish faith, will likely evoke more interest and emotion than a long exposition on the domestication of carrots that in no way affects how much the weary traveler enjoys his or her stew.

If you ever find yourself struggling with what aspects of worldbuilding to focus on, our own world is a good place to reference first. We’ve all interacted with different cultures and one mustn’t travel very far to see strange and exciting sights. What about your own experiences with travel and meeting new people sticks out in your mind? Have you ever celebrated a holiday with a friend that you’ve never celebrated before? What about the food from different countries or even different towns? Let’s not even start on the differences in driving habits across the world! It seems that when the most mundane parts of our life are faced with change, we notice the most. Those mundane parts can be the start of some very great worldbuilding. And if you’re still stuck on how to create an interesting setting for your story, you can always procrastinate. 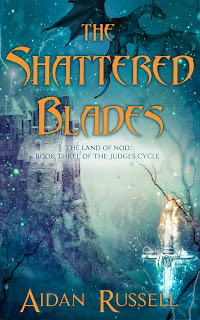 The rivers turn to blood and the mournful cry for judgment.

Reslo returns to his family in the forest of Miradep, but his quest is not finished, and he will not fail in his duty.

Gratas and Jerah return to the idyllic town of Dunkhau, their bodies wounded and spirits scarred by battle. But if they thought war was tiring, they must now face the unknown horrors of peace.


The dizziness flared when the Dragon dropped Reslo into a puddle on a flat rock. He took a moment to catch his breath. He even sucked up a mouthful of the fresh rainwater from the puddle. He pushed himself to his feet, drew Moreathar, and faced the Dragon.

“Why did you take me away? How could you flee? I almost had Mdychi.”

Qa’sin spun to face Reslo. For a moment, the storm subsided as his great bulk and wings tossed aside the wind and rain. Eyes that glowed like dew-covered moss stared down on the Elf. The firelight within the Dragon grew brighter through his scars.

“Your father tried to fight me the first time we met. I see you’ve inherited his temper. Perhaps his stupidity as well.”

Reslo knew the Dragon was correct. It would be stupid to try to fight the titanic beast. Moreathar was a mighty sword, and Reslo a great warrior, but neither possessed the strength to defeat Miradep’s Dragon. Besides, they had no feud with him. If anything, Reslo owed the Dragon a debt of honor, as his children would after him.

“Why did we flee?” Reslo lowered his blade.

“Because you would have been killed,” Qa’sin said, “and I need you to help rid me of that scourge.”

“That… That Dragon, no… not a Dragon. That abomination…” Qa’sin sputtered and his serpentine tongue slithered as he stumbled through his words. “Among what remains of our people, it is called the Pythoness. The Witch Dragon is what it calls itself. We must kill it and end its desecration of this forest at last. It eludes me, hides from me. That is why I need you, warden, tracker, hunter.” 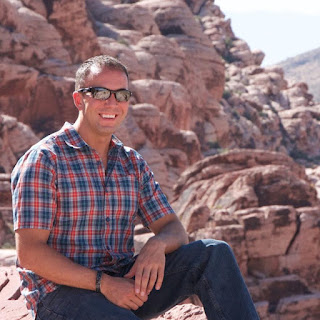 Aidan Russell is a Marine Corps veteran living in Las Vegas. He spent his youth following the adventures of wizards and space demons and decided one day to write his own tales. His short fiction is available in the Never Fear and Uncharted Worlds anthologies. When not writing, he enjoys skiing and heavy metal.