This post is part of a virtual book tour organized by Goddess Fish Promotions. Emily-Jane Hills Orford will be awarding a $10 Amazon/BN GC to a randomly drawn winner via rafflecopter during the tour. Click on the tour banner to see the other stops on the tour.

Mrs. Murray is the ghost of my childhood home.

Both, but I prefer print. Why? There’s nothing that can replace the feel of a real book, nor the smell and the simple pleasure of turning a real page. I find e-books exhausting to the eyes and the brain.

Multiple books at one time. I read to write reviews and I read for pleasure, though I do argue that all my reading is for pleasure.

I have a comfy La-Z-Boy chair in my living room which looks out over the Marlborough Forest in the back. I can pause my reading at any time and rest my eyes looking at the scenery and the occasional deer.

I’ve tried. But I have so many, it’s impossible to organize anything logically. When I last moved, eight years ago, the movers complained about the over 500 boxes of books. I thought I would organize the books as I unpacked them, but then found it all very overwhelming and I just wanted the boxes emptied and out of the house. I think I know where every book is. Sort of.

Where books are concerned, I’m a hoarder. If I have duplicate copies or I wasn’t too enthralled with the book, I’ll donate it to the library so they can sell it to raise much-needed funds for the library. 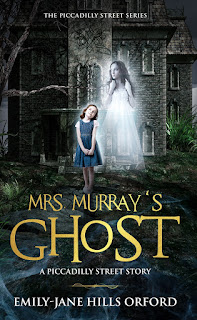 Mary’s family has moved into a huge Victorian mansion. She loves her gigantic new house, especially her room. But then she begins to meet the house’s other residents. Mrs. Murray was murdered in Mary’s new house. At first she tries to scare the new residents away, but there seems to be a force connecting the ghost to Mary. Even the stranded Brownies, the little people who live between the walls, feel that connection. When Mary becomes deathly ill, the Brownies and the ghost team up to try to rescue her, only to encounter a witch and her evil minions. Time is running out. They must rescue Mary from a fever-induced dream world before she is trapped there forever. As well as being a fun read for young readers, the story gives an historical perspective to childhood, as it dates to the 1960s. It also deals with some very current issues, specifically bullying.

“What?” Brùnaidh moaned. “You mean waterfall? And where am I to be finding a waterfall in this cursed place?”

“Sure and weren’t you just bursting water pipes this winter past?” Peallaidh chortled. “That would make a bonny waterfall.”

“Aye, and a wet basement besides, with gads of giant folks traipsing through our domain to try and fix and clean the mess,” Brùnaidh pointed out. “Now why would I be wanting to do that? Besides,” he paced the small space between the wall and the outer brickwork, his feet barely touching the floor as he walked. “I think this family may be our key. The little lass needs watching.”

“The one they call Mary?” Peallaidh queried. “I can’t see how she can help. She’s but a hen, and a wee one at that.”

“But a whole lot bigger than you and I put together,” Brùnaidh noted. “After all, we’re Brownies and, magic or not, there’s only so much we can do.” 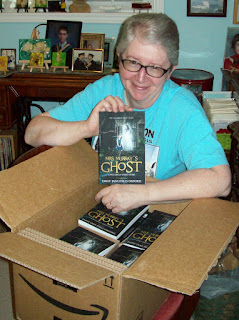 An avid gardener, artist, musician and writer, Emily-Jane Hills Orford has fond memories and lots of stories that evolved from a childhood growing up in a haunted Victorian mansion. Told she had a ‘vivid imagination’, the author used this talent to create stories in her head to pass tedious hours while sick, waiting in a doctor’s office, listening to a teacher drone on about something she already knew, or enduring the long, stuffy family car rides. The author lived her stories in her head, allowing her imagination to lead her into a different world, one of her own making. As the author grew up, these stories, imaginings and fantasies took to the written form and, over the years, she developed a reputation for telling a good story. Emily-Jane can now boast that she is an award-winning author of several books, including Mrs. Murray’s Ghost (Telltale Publishing 2018), Queen Mary’s Daughter (Clean Reads 2018), Gerlinda (CFA 2016) which received an Honorable Mention in the 2016 Readers’ Favorite Book Awards, To Be a Duke (CFA 2014) which was named Finalist and Silver Medalist in the 2015 Next Generation Indie Book Awards and received an Honorable Mention in the 2015 Readers’ Favorite Book Awards and several other books. A retired teacher of music and creative writing, she writes about the extra-ordinary in life and the fantasies of dreams combined with memories.