This post is part of a virtual book tour organized by Goddess Fish Promotions. Willard Thompson will be awarding a $25 Amazon/BN GC to a randomly drawn winner via rafflecopter during the tour. Click on the tour banner to see the other stops on the tour.

I can remember as a child traveling with my parents to a Canadian resort. Unfortunately, it rained almost the whole time we were there, so I spend a lot of time reading a book called "Ping the Duck". I was old enough to read the book by myself, but when all the bellhops in the hotel saw me reading, they took great joy in sitting down with me and reading it aloud. I remember it as a delightful time, so that book has always stayed on my mind.

I am a great fan of John Steinbeck's historical novels; clearly, my two favorites are East of Eden and The Grapes of Wrath. They are both pretty close in the race for my favorite, but the winner always goes to East of Eden. People who have only seen the movie version starring James Dean saw a great movie, but they missed an even greater book. Steinbeck combined great historical writing with excellent character development and a theme that will last through the ages. What more could a historical fiction reader/writer like me ask for?

Tell us about your current book

My new novel, The Girl from the Lighthouse, is the story of a young woman's struggle to maintain her moral compass when thrust into Victorian Paris.

I almost always read more than one book at a time. It's not unusual for me to be reading two novels for my pleasure, and to keep up with contemporary fiction standards, but also reading non-fiction while doing historical research for whatever I am personally working on.

The Tattooist of Auschwitz is both a great story of the resiliency of the human spirit and a beautiful love story. It is clearly my favorite so far in 2019.

Without a doubt, historical fiction is my favorite genre. I suppose some historical periods are more interesting to me than others, but in general, any historically-set novel appeals to me. My own trilogy, The Chronicles of California, captures the historical eras of California history. The three novels, Dream Helper, Delfina's Gold, and Their Golden Dreams, have historically accurate plots, set in the Spanish, Mexican and Gold Rush times.

I rarely reread a book. To me, there are very few books I have read over my lifetime that warranted a second work. But there are three books that I have read three times. They are East of Eden by John Steinbeck, Angle of Repose by Wallace Stegner, and The Big Sky by A.B. Gutherie Jr. I've also read a couple of novels by Ernest Hemmingway and F. Scott Fitzgerald twice.

If a book is poorly written or poorly plotted, I won't continue reading it. By poorly written I mean a book that is filled with clichés, or repetitions, bad structure or grammar, or what I call "reader feeder" where an author tells us far too much background information rather than letting the characters reveal that information in their dialog. A poorly plotted book is one that challenges my sense of plausibility or where the author had created unrealistic events and outcomes to make his or her plot work. 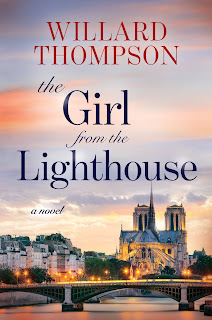 The Girl From the Lighthouse tells the compelling story of Emma Dobbins.

Abandoned by her mother at an early age, she was raised by her father, a lighthouse keeper at Point Conception in California, where early on she discovers her artistic talent. At the age of 17, Emma travels to Paris with a chaperone, to attend art school but is separated from the chaperone when the woman becomes ill. Emma arrives alone in Paris with no money, no language skills, and no friends. A chance meeting with a young working girl in the train station becomes her first Parisian friend.

The setting is Paris in the 1860s-70s, the start of the Belle Èpoque. France soon is involved in the Franco/Prussian War and the Commune Uprising; difficult times for Emma and all Frenchmen. Initially rejected by art schools, her determination keeps her moving toward her goal in the art world, where the Impressionists are starting to change the world. Frenchmen fall in love with her beautiful face and lustrous dark hair. Some wanted to paint her, others to court her, but either way, she does not abide by the rules they try to impose on her because she never learned them. She grows into an accomplished artist but never gives up her own principles... even when someone steals something precious to her and she fights to get it back.

The story is told in the first person, present tense, allowing the reader to enter the story and feel a part of it as it unfolds, sharing with Emma her highs and lows, loves and rejections, all focused in the art world of Paris. The novel is filled with vivid characters, both fictional and real people, and the story unfolds gracefully from the 1870s until 1912, just prior to the start of WWI.

Paris lays prostrate in front of me, like a mortally wounded warrior, as I walk down ave de Saint-Ouen from the city gate into Montmartre. Pulling my mantle tighter around me to fight the chill in the air, I look out at the cemetery, bare and bleak. The streets of the city far below seem lifeless, stone buildings in the distance stand like tombstones. The frozen river is a thread woven in a death shroud. Closer by, the few men and women on the avenue move along like zombies. Putting one reluctant foot in front of the other, they drag their emaciated bodies over the cobblestones. Heads down, eyes glazed, ribs protruding beneath tattered clothes. I pass a chiffonnier in front of an apartment building sifting through the garbage searching for anything salvageable, anything that might fetch a sou or a morsel of food. The stench of starvation is in the air. At the corner of ave de Clichy I come upon a middle age-looking woman sitting on the curb with a baby pressed against her sagging breast. Her long skirt is hiked up above her knees as she stares down at the cobblestones, her upturned palm extended. I stop for a moment and look down on her, shuddering in disbelief at her hopelessness. Hopelessness that seems to have infected the city in the time I've been away. Dropping a single centime in the woman's hand without looking at her, I continue on toward the Durands' apartment. 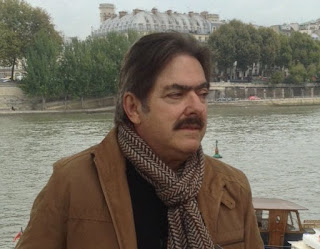 Willard Thompson is an award-winning historical fiction and romance writer living in Montecito, California with his wife Jo. His newest historical romance, THE GIRL FROM THE LIGHTHOUSE was published in early 2019. His previously published three novels of historical fiction DREAM HELPER DELFINA'S GOLD, and THEIR GOLDEN DREAMS are part of his CHRONICLES OF CALIFORNIA trilogy. The Independent Publishers 2009 Book Awards selected DREAM HELPER for a gold medal as the best fiction in the Western/Pacific Region.

Thompson is a past president of the board of directors of the Santa Barbara Maritime Museum. He is a native of Manhasset, New York and a graduate of Colgate University in Hamilton, New York