This post is part of a virtual book tour organized by Goddess Fish Promotions. Cherie Colyer will be awarding a $15 Amazon/BN GC to a randomly drawn winner via rafflecopter during the tour. Click on the tour banner to see the other stops on the tour.

One of my favorite scenes in the book is when Zach and his friends find the vanishing house. By this time, Zach has seen enough to without a doubt say he believes in ghosts. And he’s leery of finding the house. He’s even considered—just for a moment—giving up. Questioning if it would be better to play it safe and stay home instead of risking his life on a ghost hunt. He ends up mustering up the nerve to see this adventure to the end. And it was so much fun to write the scenes with the vanishing house. Would Zach enter? And if he did, would he make it out before the house vanishes with him inside?

Peek between the pages…

We turned in slow motion and watched her glide into the room as if on a conveyer belt. She carried a white box with a large red cross on it. “Why don’t you come into the kitchen, and I’ll have you fixed up in a jiffy?”
“She’s-she’s a ghost,” Josh stammered.
Dom’s gaze focused on the far end of the hallway, where Mrs. Forst had gone. “Makes sense, seeing as we are in a ghost house.”
“I’m not going in there,” Morgan said.
“Now you’re afraid of her?” Dom asked.
“Let’s not get the nice ghost angry,” I walked by them. She might have answers about Jeremy. When the others didn’t follow, I added, “If there’s a back door, it’s bound to be in the kitchen.”
They groaned, and almost as if in response, the walls around us wavered like ripples in a pond. The pictures flickered in and out of view to the rhythm of the static that filled the hall.

And what about his friends? Would they survive? These were all questions I had to answer as I threw spooky obstacles in their way. One thing I did know, was either Zach was going to be brave, or they’d all die.

I hope you’ll check out the book, and I hope you enjoy reading Zach’s adventure as much as I enjoyed writing it. 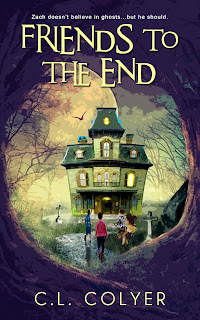 Twelve-year-old Zach is convinced he'll never be happy without his best friend Jeremy by his side. But both of their lives changed with a bang five months ago, and as far as Zach's concerned, it's his fault Jeremy will never see his twelfth birthday.

When Zach moves with his family to a Chicago suburb, he quickly becomes friends with a group of thrill-seeking kids trying to find a disappearing haunted house. But Zach's not worried. He doesn't believe in ghosts, so he follows them into a wild, dangerous encounter that becomes a battle to decide what's real and what's not. 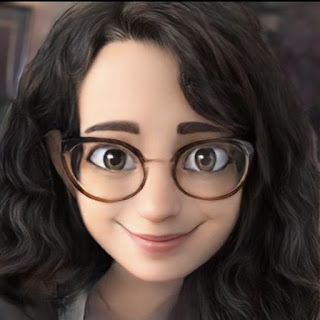 C.L. Colyer found her love for writing in first grade when her class was sent to the library and asked to find a book for their first book report. While she doesn’t still have this book report, she’s very proud to say she got an A on it. Her favorite thing about the book was that it had no words. That’s right, not one! That gave her the freedom to interpret the pictures in any way she wanted and write her own story.

This sparked her love for writing essays. It wasn’t until she was an adult that she sat down and penned her first novel. This story has a special place in her heart because it’s the story that helped her discover her passion for writing. She has since written several books, many of which may never see the light of day, but all of which helped her learn to combine her passion for writing with her fascination with all things mythical. You’ll find examples of this in her novels.

She lives in Illinois with her family.