Straight Chatting from the Library: Icarus by David K. Hulegaard

This post is part of a virtual book tour organized by Goddess Fish Promotions. David Hulegaard will be awarding a $25 Amazon/BN GC to a randomly drawn winner via rafflecopter during the tour. Click on the tour banner to see the other stops on the tour.
READ THE BLURB

It’s the winter of 1947 in Ashley Falls, West Virginia, and a teenage girl has gone missing. Local private detective Miller Brinkman takes the case, quickly uncovering a string of bizarre clues. A hidden diary, cryptic riddles, and buried secrets all pique Miller’s interest, but one key detail gives him pause: the girl’s parents haven’t reported her disappearance to the authorities.

As the case deepens, Miller’s investigation begins to poke holes in the idyllic picture of his beloved hometown. No longer certain whether anyone in his community can be trusted, Miller dives headfirst into a desperate search for the truth that extends far beyond the borders of Ashley Falls. He soon discovers that his missing persons case is not an isolated incident, but part of an otherworldly mystery—one that, if confronted, may threaten the very future of humanity.

Mr. Hulegaard has penned a remarkable story that begins with a mystery and, towards the end of the book, veers with a twist into the realm of science fiction.

Miller Brinkman, who was a police officer but is now a private detective is hired by a teenage girl to solve the mystery of her best friend's disappearance-- which her parents deny happening. He finds himself digging deeper into the mystery and discovers that the disappearance is just the tip of the iceberg.

The story's plot is smoothly woven together, with each step leading logically to the next. The characters are fully fleshed out and are "real"... they are not one-dimesional stock characters. There is some violence, but it is not gratuitous--every death (even one that broke my heart) are necessary for the development of the plot.

This is the first of the series and, while the immediate mystery of the missing girl is solved, there is an over-arching story that promises to carry over into the next book, which I am anxiously waiting to read.

Highly recommended with a 5 star rating.

I’ve been asked many times why I got into the private eye business. In a town as small as Ashley Falls, it didn’t always lead to the most riveting work. My clientele was limited to folks who had what the sheriff considered “petty complaints” and “baseless accusations,” which suited me just fine. I took great pride in being able to either substantiate those claims or dismiss them and put the client’s mind at ease.

A jealous wife once called upon my services to put her husband under surveillance. She’d convinced herself that the good preacher had “interests” outside their home that were unrelated to scripture. I followed him around for a week, and discovered her suspicions were justified… sort of.

Turned out it wasn’t an hourglass figure he had a weakness for, but a wine glass. Even after the repeal of Prohibition, his wife didn’t allow a single drop of alcohol in the house, and the preacher couldn’t seem to exorcise his desire to indulge in the forbidden. That’s about as exciting as things got back in those days.

I had a real knack for detective work, and I could’ve made one hell of a deputy. So, why didn’t I follow that path? Truth is, I began my career in traditional law enforcement. Unfortunately, a sheriff-sized roadblock stood in my way. 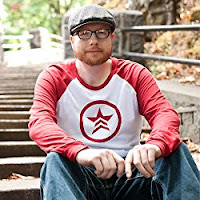 David K. Hulegaard is an American author and paranormal investigator. His Noble trilogy has garnered comparisons to the works of Philip K. Dick and Stephen King. In 2016, he collaborated with best-selling author Tony Healey on the novel Planet of Ice.

David previously worked at BioWare, a premiere video game development studio known for creating the popular Mass Effect and Dragon Age franchises. He now lives in the Victorian seaport town of Port Townsend, Washington with his wife Jennie, and their banana-obsessed Welsh Terrier Tobi. In his spare time, he enjoys video games, professional wrestling, and photography.