This post is part of a virtual book tour organized by Goddess Fish Promotions. The authors will be awarding three individual prizes, a $10, a $25 and a $50 Amazon or B/N GC to three randomly drawn winners via rafflecopter during the tour. Click on the tour banner to see the other stops on the tour.


READ THE INTERVIEW WITH JACK HILLMAN


What is the favorite book you remember as a child?
Robert Heinlein- Glory Road

What is your favorite book today?
Richard Meade- The Sword of Morningstar

Tell us about your current book in 10 words.
A paraplegic writer meets an elf from another dimension.

E-Reader or print? and why?
Print: you can’t beat the feel of a book in your hands.

When do you do most of your reading?
At night before I go to sleep. Then I can dream stories.

Favorite genre?
SF/Fantasy (yes, there is a genre that crosses this line)

Do you loan your books?
Only to very close friends.

How do you keep your books organized?
On shelves, alphabetically by author.

Re-reader or not?
Often

What would make you not finish a book?
Crappy writing 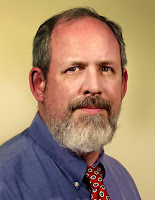 Jack Hillman is a journalist, playwright and a medical underwriter. His fiction has been published in Brutarian, Abyss & Apex, Sorcerous Signals, Amazon Shorts, GateWay SF Magazine, Jackhammer, Aberrations, Eternity Online, Starblade, Nuketown, and the Ruins Extraterrestrial anthology. His young adult fantasy trilogy, beginning with There Are Giants In This Valley, was released beginning in April 2012.

On the non-fiction side, Jack has served as a stringer on local newspapers- winning a Keystone Press Award for his investigative reporting- and has worked on a wire service covering the insurance industry as well as serving as a contributing editor to a life underwriting journal for eleven years. He has worked in the insurance industry for over thirty years and has a wide medical background due to his position as a medical underwriter. In addition, Jack is an avid martial artist, a collector of edged weapons and a confirmed bibliophile.


READ AN EXCERPT FROM LUANNE SMITH'S "ME AND MY OLD MAN"


“I have fallen for an old man. Gray-white hair and wrinkled folds, drooping skin, eyes yellowed as parchment, his lips have almost disappeared from his face. He isn’t rich. He doesn’t have genius to pass along to me. He smokes, drinks, snores, walks too slowly from a bad knee, laughs with a crackle of sound harsh as a rasp of sandpaper on brick.”


Elaine Crauder’s fiction is also in Cooweescoowee, The Boston Literary Magazine, The Eastern Iowa Review , and Penumbra. Another story received the Westmoreland Short Story Award. Eleven of her short stories have been finalists or semi-finalists in contests, including finalists in the Tobias Wolff and Mark Twain House contests. ”The Price Of A Pony,” under the title”Christmas the Hard Way,” was a semi-finalist for both Ruminate Magazine’s short story prize and for the Salem College Center for Women Writers Reynolds Price short fiction award.

Richard D. “Ky” Owen is a lawyer with Goodwin & Goodwin, LLP, in Charleston, West Virginia. He earned a B.A. in journalism from Michigan State University in 1981 and a J.D. from Hamline University in 1984. Coming from a family of writers, he considers himself a “writer by birth.” He is the author of None Call Me Dad and he blogs about parenting and Michigan State sports on his website, www.nonecallmedad.com.

Keith R. Fentonmiller is a consumer protection attorney for the Federal Trade Commission in Washington, D.C. Before graduating from the University of Michigan Law School, he toured with a professional comedy troupe, writing and performing sketch comedy at colleges in the Mid-Atlantic States. His Pushcart-nominated short story was recently published in the Stonecoast Review. His debut novel, Kasper Mützenmacher’s Cursed Hat, will be published March 20, 2017 by Curiosity Quills Press.

Based in Southern California, Dr. Lisa Montagne currently divides her time between writing poetry and prose, teaching writing to (mostly) willing college students, and overseeing educational technology projects and support at Fullerton College. She is also a Swing, Blues, and Argentine Tango dancer, host, DJ, and instructor. She likes to drink Champagne in as many places as she can, including Europe; to read poetry aloud to anybody who will listen; to cook for anybody who is willing to sit down long enough to enjoy her food; to dabble in drawing, painting, and photography; and to read anything plopped in front of her, ranging from D.H. Lawrence to Vogue magazine. She also likes to watch television and movies, and to imagine how much better she would have produced them herself. She lived in Las Vegas at one time, so she likes to tell people that she was a stripper there. She was really just a graduate student and high school teacher, but it’s more fun to let people wonder. Although rumored to be a direct descendent of Oompa Loompas, Lisa is actually the offspring of a college professor and a circus dwarf. You can find some more of her writing at archive405.com and lisamontagne.com, and see evidence of her adventures @lisamlore on Instagram.

Ann Stolinsky is a Pennsylvania-based word and game expert. She is the founder and owner of Gontza Games, an independent board and card game company, and three of her games are currently in the marketplace:

Check out her website at www.gontzagames.com. She is also a partner in Gemini Wordsmiths, a full-service copyediting and content creating company. Visit www.geminiwordsmiths.com for more information and testimonials. Ann reviews books for Amazing Stories Magazine, an online sci-fi magazine which can be found at www.amazingstoriesmag.com, and is an Assistant Editor for Red Sun Magazine, www.redsunmagazine.com. Her most recent publishing credit is a poem in the Fall 2015 issue of Space and Time Magazine. She is a graduate of the Bram Stoker award-winning author Jonathan Maberry’s short story writing class.

Lisa Diane Kastner is a former correspondent for the Philadelphia Theatre Review and Features Editor for the Picolata Review, her short stories have appeared in magazines and journals such as StraightJackets Magazine and HESA Inprint. In 2007 Kastner was featured in the Fresh Lines @ Fresh Nine, a public reading hosted by Gross McCleaf Art Gallery. She founded Running Wild Writers and is the former president of Pennwriters, Inc. (www.pennwriters.com). She received her MFA in Creative Writing from Fairfield University, her MBA from Pennsylvania State and her BS from Drexel University (She’s definitely full of it). Her novel THE KEEPER OF LOST THINGS was shortlisted in the fiction category of the William Faulkner Words and Wisdom Award and her memoir BREATHE was a semi-finalist in the nonfiction category of the same award. Born and raised in Camden, New Jersey she migrated to Philadelphia in her twenties and eventually transported to Los Angeles, California with her partner-in-crime and ever-talented husband. They nurture two felonious felines who anxiously engage in little sparks of anarchy.

Aimee LaBrie works as a communications director at Rutgers University. She earned her MFA in fiction from Penn State, and her MLA from University of Pennsylvania. Her short story collection, Wonderful Girl, was awarded the Katherine Anne Porter Prize in Fiction and published by the University of North Texas Press in 2007. Her second collection of stories, A Good Thing, placed as a finalist in the BOA Short Fiction Contest. Her short stories have been nominated for a Pushcart Prize and published in Pleiades, Minnesota Review, Iron Horse Literary Review, Permafrost, and other literary journals. In 2012, she won first place in Zoetrope’s All-Story Fiction contest. You can read her blog at www.butcallmebetsy.blogspot.com.

Kristan Campbell is a short story writer born in Washington, D.C. but has only visited her grandmother there during some of the summers of her childhood. She’s more familiar with Philadelphia, New York City, and Paris than her native city and aims to weave her experiences in those places into tales based on places and people that are out of the ordinary. She studied Journalism at Temple University (what seemed like a practical approach to writing at the time) and Comparative Literature at Hunter College (which seemed like a fun idea at the time) before accepting that she should have been an English major all along. Kristan completed her B.A. in English at Temple University in 2010 and an MFA in Fiction at Fairfield University in 2016. She’s currently attempting to eke out a living doing freelance editing with the help of her cat, Fishy, who manages her desktop printer with enthusiasm.

Bill Ed Scruggs spent his younger years meeting the Southern mountain countryside and exploring the people, taking time out as needed for work in various occupations. He lives (temporarily) in Connecticut and has one child, a psychiatrist. Presently he is reconstructing his memories and imaginings in a series of novels and short stories (Facebook page Foothills Fiction - Bill Ed Scruggs) Warrensburg is a fictional photo of a country village in the illumination of fireflies.

Joshua Hedges is a debut Science Fiction writer from Pittsburgh, PA. He graduated from The University of Pittsburgh with a degree in Computer Science. When he’s not writing stories or code, he ventures outdoors with his wife and three-year-old son to hunt dragons in the forest.

Gary Zenker is a marketing professional whose days are filled with creating business and marketing plans, and writing ad copy and media content. By night, he applies his imagination to flash fiction tales that cross genre and focus on revealing various facets of human nature. He is the author of Meetup Leader, a book on running successful groups; is editor and publisher of 19 books in the rock & roll Archives series; and co-author of Says Seth, a humorous collection written with his then six-year-old son. His work has earned a dozen marketing awards and placed in four writers’ contests, including a first place recognition from Oxford University Press. He founded and continues to lead two writers groups in southeastern PA, assisting others to develop their skills and achieve their writing goals. www.zenkermarketing.com