This post is part of a virtual book tour organized by Goddess Fish Promotions. One randomly chosen winner via rafflecopter will win a $50 Amazon/BN.com gift card.Click on the tour banner to see the other stops on the tour.

If you could have one paranormal ability, what would it be?

Practically speaking, duplication, being multiple-man, to have another instead of me handle all the mundane and leave me to write and dream.

What is one thing that your readers would be most surprised to learn about you?

I have studied Kung Fu for 25 years and have been teaching it for 18 years. I began martial arts to have a more stimulated, process-driven workout, to stay creative through active exercise, and because I find the repetition of other types of exercise boring.

When writing descriptions of your hero/heroine, what feature do you start with?

This varies, the same as it would when I notice someone for the first time. It could be the way that they carry themselves, personality shown through body language, the way they dress, or the clarity and soul shown through their eyes.

Are you a plotter or a pantser?

A pantser. I get visions like immersive daydreams specific to the storyline, often out of order. I write as the story is revealed to me. I usually get the beginning and the end scenes, though they can change. This provides a path to explore, though, yes, there is a fair bit of jumping around until the ends meet.

Did you learn anything from writing this book? If so, what?

Editing is where the magic happens. Knowing this facilitates two things. In my free writing sessions with pen and paper, it frees me to never look over what is being put down on the page, trusting in the editing that will come. Having this free flow distillation opens my mind, stream of consciousness type stuff.

And two, I embrace the editing work that I used to dread. When I received my first draft back from my editor, a hard copy marked up with colored markers, I was distraught. So much was wrong with it, and I had flashbacks to my father forcing me to re-do hand-written English papers repeatedly the same night until they were perfect. I was horrible at English composition and spelling, so this took hours while my brothers and sister were free to play.

This was painful to say the least, and seeing all the marked-up pages, every page with multiple marks, I wanted to quit. So I did. I threw the manuscript into a box, which I then tossed into the corner of my room.

The manuscript sat there for two weeks, staring at me, until I pulled it back out and e-mailed my editor for guidance. She knew where I was coming from and provided a series of passes to address the various issues. And over the year I worked on it, the first draft transformed and became something much like the final version today.

In focused editing, the idea is to elevate the writing, make it the best it can be, so I don’t shy from that part anymore. I know what can happen as a result, and I never entertain the idea that what I start with is the best and ignore the suggestions or corrections from those I trust. Find an editor who appreciates what you are trying to do, who wants to make YOUR writing better, not change you into something else, and listen to them. 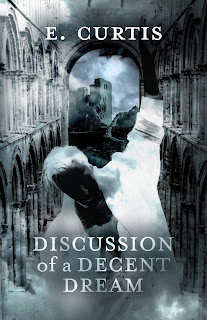 In the fall of 1789, on the western edge of the Yorkshire Dales, a dense, persistent fog enshrouds the village of Ingleton. Shadowed spirits hide in the mist and bedevil the townsfolk, heralding a tragedy that has befallen one of their own.

Edmond continues to search for Alexandra, his fiancée, who disappeared the same night that the mist set upon their town. Presumed dead by all others, he visits Alexandra's empty grave, desperate for any hint of what has become of her. Weary from the sleepless nights on his quest, no longer able to stay awake, Edmond falls into a dream before her headstone and there obtains clues from Alexandra as to her whereabouts.

Haunted all the while by a malevolent spirit, Edmond follows the trail that Alexandra left for him and enters the underworld, only to learn that he has been there before, and in fact, quite often. But more, he discovers how he is to blame for Alexandra's disappearance.

A dark literary novel rich in imagery, Discussion of a Decent Dream unearths the consequences of a child's decision to surrender his heart in exchange for unholy power and transcendent knowledge.

Discussion of a Decent Dream is a Finalist in Britain's Wishing Self Book Awards in the Adult category.

I had seen in dream that which appeared before me, a gloriously lined whirlwind of black. It exhibited itself as odd, twitchy, yet with cohesion, both beautiful and horrible at once, as if the core of this being eclipsed an otherwise unseen dawn. The vapor then solidified and took the form of a man, though its feet made no impression in the sand.

It warmed to me, expressing in that charred face such familiarity and delight. Even for my instinctive recoil, I made no real retreat, for I again wanted to hear it speak. 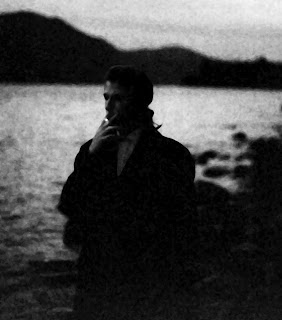 E. Curtis draws on personal experiences of the otherworldly for his writing. Through dreams, visions, and waking encounters, his exposure to darkness has motivated him to detail what he has come to know of the preternatural. While a few short pieces have been published on an online literary magazine, Discussion of a Decent Dream is his first novel.