Straight Browsing from the Library: Black Diamonds by Vogue

This post is part of a virtual book tour organized by Goddess Fish Promotions. Vogue will be awarding a $10 Amazon/BN GC to a randomly drawn winner via rafflecopter during the tour. Click on the tour banner to see the other stops on your tour. 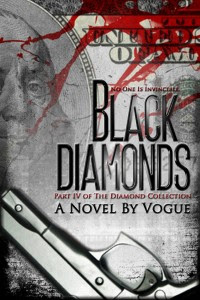 Within the last year, acclaimed fashion designer, Carmen Davenport, has witnessed the ups and downs of being romantically linked to one of New York’s most prominent men. On the heel of her engagement to Jay Santiago, a Puerto Rican businessman, she learns her oldest daughter has been kidnapped. A direct result of an ongoing war between her fiancé and a disgruntled drug kingpin, Carmen becomes determined to put an official end to the conflict.

She sets out to track down her daughter only to be met with unforeseen obstacles. A criminal investigation, led by her soon-to-be ex-husband, Michael Kane, leaves her fiancé behind bars. Due to Jay’s incarceration, Carmen is placed in the care of his estranged cousin, Gully. He constantly reminds Carmen of the price of fame, ultimately forcing her to take matters in her own hands. Determined to bring her daughter to safety, she takes a no holds barred approach to ensure her daughter’s return.

Carmen raised her brow before looking at the alarm clock. It was a little past twelve, which meant she had been sleep for only three hours or so. Somehow, in between that time, something had happened to prompt a phone call. Instead of instantly thinking the worst, she told the man she was indeed Carmen.

“Mrs. Davenport, I hate to disturb you at this hour, but I am Detective Morris from the Copperton City Police Department. I’m calling because your vehicle was located at the corner of Middleton Avenue. For some reason, no one was in it. Now, the number I’m calling is a New York number. Did you recently move to Copperton City from New York?”

“No, no,” Carmen repeated as she continued to wipe her face. “I’m not in Georgia. I have two daughters who are. The car is a Lexus, right? You said you located it where?”

“Mrs. Davenport, the car is a Lexus, and it’s in your name. We located it at the corner of Middleton Avenue and Parrish. No one was in it, but the front windshield has been shattered as well as the driver’s side window. The car is badly damaged, but no one took anything. There was even a purse and cell phone located in the car. A wallet was also there with money, debit cards, and credit cards still inside. The driver’s license we found was for a Kristian Kane. Do you know her?”

“That’s my daughter,” Carmen yelped, now fully awake. She pushed the bed sheets away from her just as Jay’s arm latched onto hers.

Carmen shook her head at him, pulling her arm away from his. To put even more space in between them, she stood from the bed, heading towards the balcony.

“Ma’am, most of the time in these situations, we find a victim and their property is gone. Since there wasn’t a victim found, we are ruling this as a kidnapping. We would like for you to come down to the station in the morning. That will give us enough time to piece together the details. Will you be able to make it by let’s say ten o’clock?”

While her face once held an expression of concern, it now became enraged at the detective’s words. 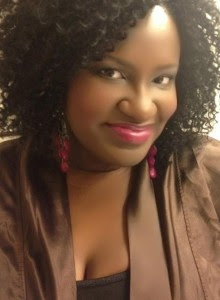 Born and raised in Greenville, South Carolina, Vogue’s journey through the world of creative writing first began in middle school with poetry and songwriting. While the mix of rhythm and words was the initial passage to self-expression, it was the discovery of prose that opened the door to a world of endless possibilities. An avid reader of Urban Fiction, Vogue felt the need to create literary works that had an equal balance of street lit, drama, romance, and faith-based undertones.

By 2010, Vogue had written drafts of the entire ten book series and in June of 2010, Diamonds In The Rough, was published for her to share with the rest of the world. Soon followed by Diamonds Are Forever in October of 2010 and The Ace of Diamonds in February of 2013, Vogue joined the league of other writers, determined to make her mark in the literary world.

Still writing, Vogue released the fourth book in the series, Black Diamonds, on July 4, 2015. She is currently working on Diamonds N’ Roses, the fifth installment of the series.

Find the rest of the author's books at: